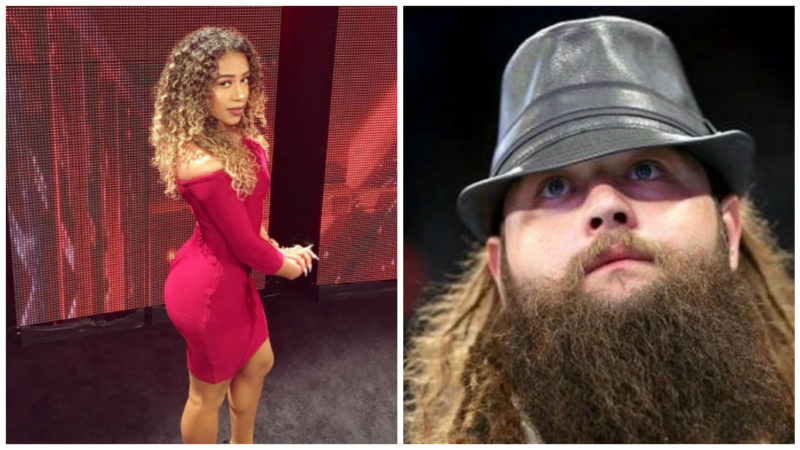 The former WWE announcer JoJo Offerman, who is the wife of Bray Wyatt recently posted a picture on Instagram with her husband. She simply captioned it with: “My favorite person”

On a recent Wrestling Observer Radio, Dave Meltzer indicated that Wyatt was likely headed to AEW. Wyatt is still under a non-compete with WWE so he legally could not start negotiations.

On the Bryan and Vinny Show, Bryan Alvarez said that he heard from people in AEW who said that they were unaware that Wyatt could be headed there. CM Punk Spotted With Top WWE Diva In Photo

“On the Wrestling Observer Radio show with Garrett, I don’t know the exact wording that Dave used but he seemed to indicate that Bray Wyatt was going to AEW. What I can tell you about this, I am not saying that Dave is wrong. He may be right and it may happen but, as soon as that show went up I started getting text messages and they were from people in AEW. It was not Tony Khan. These were people that probably should know and they were like ‘did Dave say that Bray is coming?’ And I said, ‘I don’t know, I didn’t do the show, I haven’t heard it yet.’ Essentially, they were unaware of this. Again, I am not saying that Bray isn’t going or that Dave is wrong. Dave may know something that they don’t know, which would be sort of weird. But that’s the story right now.”

Alvarez said that he is speculating that Wyatt is not going to AEW but things can change. We will see what is next for the former WWE Universal Champion.