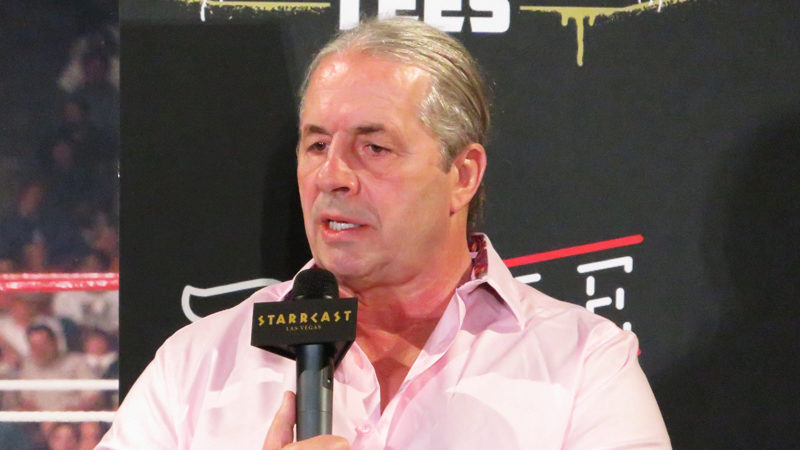 Wrestling icon Bret Hart had previously made an appearance at Double Or Nothing back in 2019 to unveil the AEW World Title. It seems AEW might have some major plans with Hart. AEW has a lot of plans and it can be speculated with a trademark. A recent filing has drawn some attention of the fans.

AEW files a trademark for ‘King of Harts’

According to a report from Heel By Nature, AEW filed a trademark for “King of Harts.” This included “Harts” spelled like The Hitman’s last name. The filing was registered on July 28th and it was registered into the database on July 31st. It is not known how AEW plans to utilize this new trademark, but they are obviously doing something with this phrase.

This could be related to their AEW Casino game but it is a very interesting filing, especially because “Harts” was spelled in the same way as it is noted in Bret’s name.