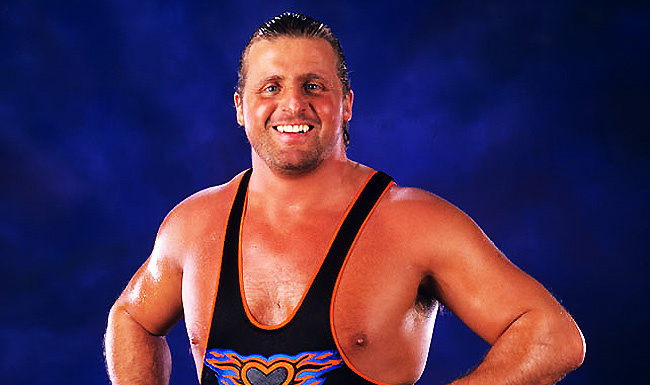 She went on to say that she encourages wrestling fans to remember and enjoy Owen’s career in any way they can, but she refuses to allow the WWE to cash in on his name by inducting him into the Hall of Fame. Martha went on to say that she’s helping preserve his memory through The Owen Hart Foundation, and Bret’s comments about her are disrespectful and cruel.

Bret Hart took to Facebook this morning to post a lengthy response to Martha Hart, revealing how disconnected Owen’s wife and children have become from the rest of the family.

This past week, I have received multiple requests for comment regarding my recent interview on a podcast and the rebuttal made by Dr. Martha Hart. First of all, I want to express my disappointment in both the Calgary Sun and Calgary Herald for running a gossip-style article and making it front page news when there are more pressing issues in the world to highlight. You are better than that. I listened back to the interview in question and I specifically want to address Martha’s comments about my words being “cruel, reckless, irresponsible, and hurtful”.

Stampede Wrestling was an institution in the city of Calgary. Wrestling was our family business. My brothers and I either wrestled for my father Stu or worked behind the scenes. Fans packed the Victoria Pavilion every Friday night for decades. Martha has seemed to have forgotten that she attended those same shows before she met Owen. She was, by definition, a wrestling fan. That same group Martha appears to look down upon and ignore.

Earlier this year, Mark Henry took time during his WWE Hall of Fame induction to specifically address Martha. With tears in his eyes, Henry pleaded with her to allow Owen to be inducted into the WWE Hall of Fame. My nieces and nephews were in the audience with tears in their eyes as he expressed how much he deserved to be there with his peers. Fans have told me they had tears in their eyes when they watched the moment on television. Those same fans Martha sat side-by-side with at Stampede Wrestling and WWE events. Those same fans that donate to the Owen Hart Foundation and helped make it what it is today because they remember the joy he brought to their lives and not by how he died. Those royalty checks she receives from the company she says she doesn’t want any part of? Those are also from those same fans. To her, their tears do not matter. To me, that is cruel and hurtful.

It is true that Martha and I were close at one time. I was right by her side after Owen’s death until she received her settlement from WWE and proclaimed me a “pest”. Martha later declared herself and her children Harts in name only, called us all “black sheep”, and ceased contact with the rest of the Hart family. She further isolated from us when we all came together in 2010 to honour our father Stu being inducted into the WWE Hall of Fame and participated in a DVD that celebrated our family (Hart & Soul). Owen’s children do not have a relationship with his brothers, sisters, nieces, nephews, and cousins. One of my nieces, in fact, named her son Owen after him. I do not know Oje and I wouldn’t know Athena if she walked passed me on the street. Owen’s children only know of their father’s family by what is told by their mother, whatever that may be, painting us all with one broad brush. To block Owen’s children from knowing their father’s family, to me, is cruel, reckless, and irresponsible.

Owen’s tragic accident almost 20 years ago changed our family forever. Martha lost her soulmate and her children lost their father. You have to remember, however, that I also lost my brother. My children lost their uncle. My grandchildren will only know him through pictures and stories. His peers lost a close friend who filled them with endless laughter through long periods on the road. The fans lost someone that they lovingly connected to. Martha is not alone in her loss and grief.

The Owen Hart Foundation is a wonderful charity that has raised millions of dollars and has helped many people in its 19 year history. I am not disputing or denying that whatsoever. I disagree, however, that it should be the sole outlet to remember Owen by. This is not just about Owen being inducted into the WWE Hall of Fame. This is about his wrestling career, his wrestling legacy, his contribution to the business that he loved and honouring that contribution. Owen Hart was a world-renowned professional wrester, and a damn good one. He was part of the foundation that our family name was built on not just in the city of Calgary but all over the world. For Martha to want to rewrite history, to refuse to acknowledge or recognize his great wrestling career, to brush off what he, myself, and my father did as “that fake stuff” is wrong.

Owen Hart was a wrestler. The next generation deserve to know how great he truly was.

I am happy to hear that my brother Owen will be inducted into the George Tragos/Lou Thesz Professional Wrestling Hall of Fame on July 28 in Waterloo, Iowa. My father and I are past honourees. While I will not be in attendance, the Hart family will be well-represented with my brothers Ross, Bruce, Keith, sister Diana, and my nephew Harry Smith accepting the honour on his behalf. Thank you to the Board of Directors for recognizing his wrestling career, his contributions to the wrestling business, and his legacy. I’m sure the event will be filled with laughter, tears, and an overall appreciation for the man that he was. I can only hope that this is only the beginning.