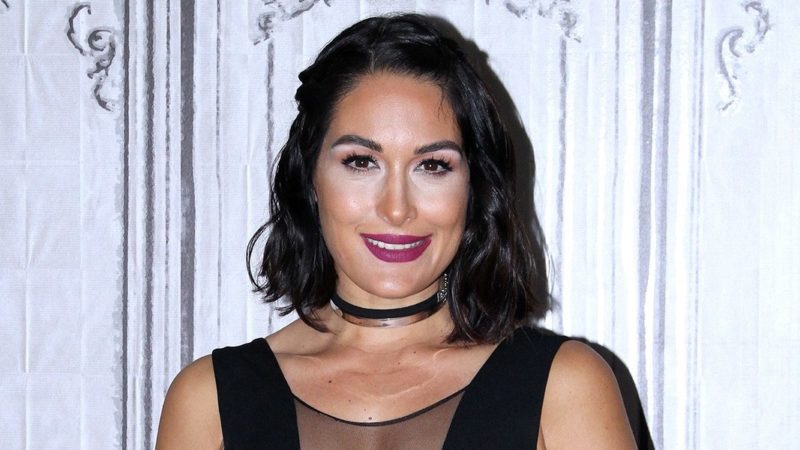 While speaking on the Sippin’ the Tea TV Show with Ariane Andrew, Brie Bella talked about the current state of the WWE women’s division and admitted that it has seen a drop in direction. She then also criticized WWE for their booking of the women’s tag team division due to multiple releases:

It’s weird because I feel like lately, you’ve seen a little bit of a drop,” Brie said. “Now that Becky is back, there’s going to be momentum with stories, but there for a while, I thought the girls were getting so much, and then all of a sudden, it went back to so little. You would watch either RAW or SmackDown and the stories just didn’t feel like they were getting as much depth as they should have, and not as much time.

Look at the tag division. I’m just like, wait – we went from having some many tag teams to now it doesn’t feel like a lot. I like how women can be such vibrant, fun characters. If I look back in the day, the Glamour Girls, when Jimmy Hart would walk them out, how do we not have a women tag team that has a male manager? There’s so many things that WWE is great at but that, for some reason, misses the boat with me. You can have an incredible tag division.

But I’m blown away at some of the ones they got rid of. Riott Squad? I’ll never understand it. Even like Mandy and Dana Brooke looked like a great tag team walking down. The IIconics? I just try to wrap my head around it, like did they threaten somebody backstage? Because other than that, I don’t understand.”