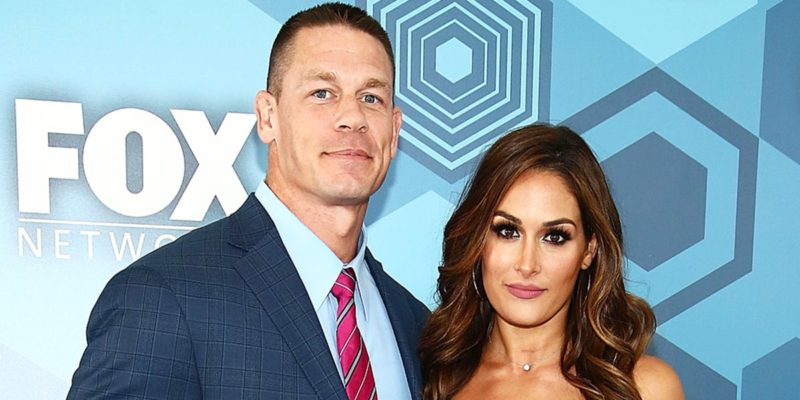 Here is Brie Bella’s response to rumors that John Cena may propose to her sister Nikki at WrestleMania 33 tomorrow from Orlando, Florida:

While Cena’s match tomorrow isn’t as noteworthy as some of his previous affairs, if it was attached to a ‘moment’ like a proposal then it may be the most remembered John Cena WrestleMania moment of all time.

Speaking of WrestleMania, here is an Instagram video of Miz and Maryse beating cardboard cut-outs of their WrestleMania opponents: