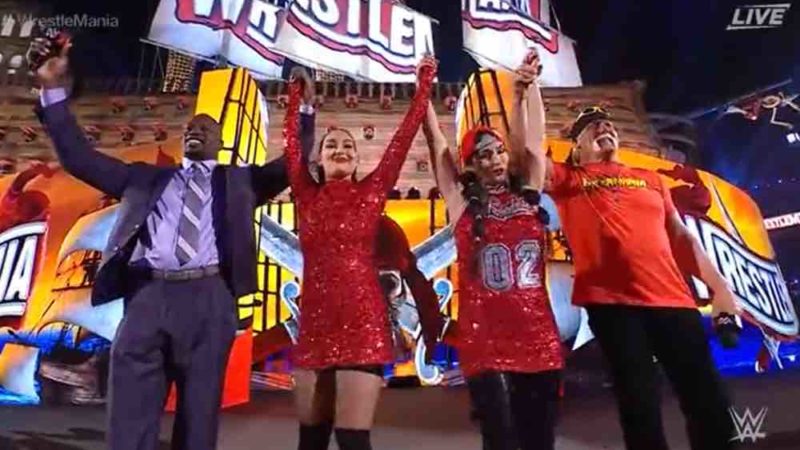 Hulk Hogan remains one of the most popular pro wrestlers in the world of professional wrestling, with his influence in the business never being understated. However, his troubled past concerning racism has ultimately led to his downfall. Hulk Hogan was booed at WrestleMania 37 when he was introduced with Titus O’Neil as the hosts of the pay-per-view, which all stemmed from him using racial slurs in a leaked 2015 sex tape. Hulk Hogan’s daughter recently shot on angry fans as well.


WWE Hall Of Famers the Bella Twins recently spoke on their Bellas Podcast, where they talked about being inducted into the WWE Hall Of Fame. Brie Bella discussed getting the call for the Hulk Hogan segment, and how she reacted.

They then talked about Titus O’Neil as the co-host for WrestleMania 37.

I want to give a last shoutout to someone who I think it so special to our company. He always amazes me and has such a big heart. Titus O’Neil. He did such an incredible job hosting. He’s such a class act. He’s so positive and always making you laugh. I really love that guy. All he wants to do is do good.

The segment was booed badly, as fans wanted Becky Lynch and didn’t like Hogan. h/t to Fightful for the transcription.