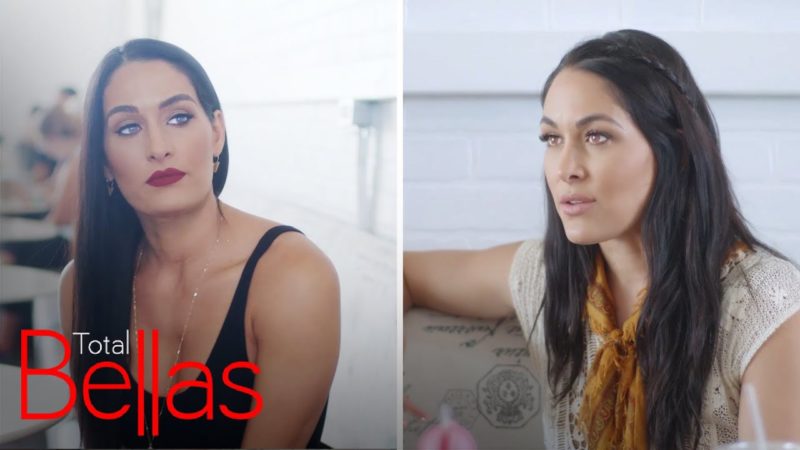 
The E! Network released a video clip that looked at Total Bellas star Brie Bella who admits she could be “happier” and have a “better marriage”.

In the clip, Bella states, “At times, we’re like single parents. When he comes back in town, I leave. We’re kind of growing apart. Like, we’re not growing together.”

Also, she thinks their relationship has lost that “quiet time” where they spend time together.

Bella continues, “Like, I know I could be happier. I know I could have a better marriage. He makes little comments, though, here and there. Like, we used to be more simple. It used to be this and that. Sometimes I’m like, ‘Why does he say that?’ Sometimes I feel like he wishes I was still that girl he met eight years ago.”

Bella finishes speaking to her twin sister Nikki and her mother stating, “In the last eight years, Bryan and I have just wanted different things than what we both wanted together in the beginning. I feel like we have to really come up with some compromises. And I know that if I want my marriage to work, I have to go into Sedona so honest. I can’t come back to Phoenix with any regrets.”

(Husband Daniel Bryan surprised Brie with a trip to the Arizona town—chosen for its significance to the couple, as they said “I do” there—in the hopes of repairing his and Brie’s relationship.)

The 5th Season of Total Bellas premiered on Thursday, April 2, 2020. For the latest look into the lives of Brie, Daniel, Birdie, and baby #2 tune in every Thursday at 9/8 C on the E! Network.