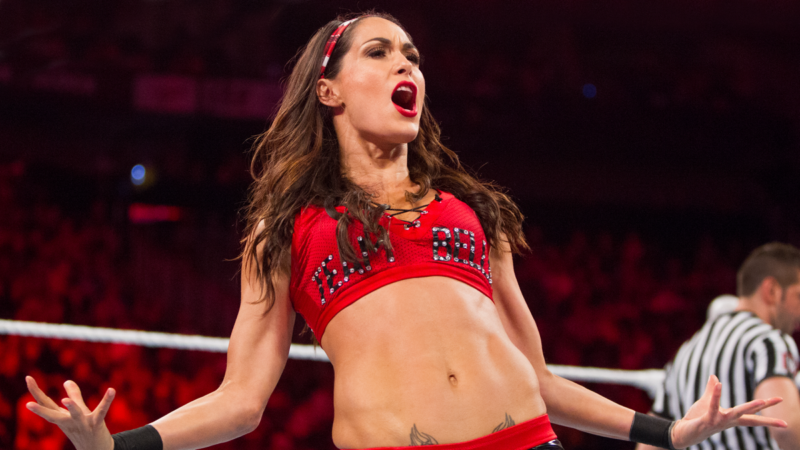 AEW star Bryan Danielson is a top star in the company. His wife and former WWE star Brie Bella alongside the kids, Birdie, and Buddy were spotted backstage after this week’s edition of AEW Dynamite. Birdie did an adorable interview segment with Mark Henry. Then she interviewed her little brother. Brie shared the entire thing on her Instagram story.

Bryan Danielson recently formed a team with Jon Moxley after their epic battle at the recently concluded- AEW Revolution. It was after the match at pro-wrestling legend who has a rich history with both Moxley and Danielson marched down to the ring break up a fight between them. Moxley and Danielson have formed a great combination of tag-team as they are tough competition for the other teams on the roster.

They teamed up to take on Chuck Taylor and Wheeler Yuta on this week’s St. Patrick’s Day edition of AEW Dynamite and emerged victoriously. Wheeler Yuta ended up tapping out to a Mox chokehold after he survived a Regalplex from the American Dragon. This certainly impressed the San Antonio crowd as well as the veteran, William Regal, who was on the commentary during the entire match. Yuta to walk away from Chuck Taylor, Orange Cassidy, Trent Beretta & the Very Nice, Very Evil One after the match as he seemingly wanted to join Regal’s squad. The youngster offered his hand to Regal and got a slap in the face in return. We will see what happens next to this storyline.

During a recent interview with Wrestling Observer Radio, Danielson took the offer with WWE to be the General Manager of SmackDown Live, alongside Commissioner Shane McMahon, he revealed that taking that offer would have put a lot on hold for the ‘American Dragon’. Credit to ITR for the below.

“The emotions from being out, I was trying to become ok with it and I think I probably would’ve been. I think things would’ve been a lot… My life would be very different if they hadn’t brought me in as the GM of SmackDown because I was forced to be around it. When I retired, I started thinking, ‘OK, what are other things that I can do? What are other things I enjoy?’, that sort of thing. I started signing up for all these things, I was enrolled in ASU for an environmental program, I had signed up for a permaculture design course that was six weeks long to do regenerative agriculture-type stuff. So, that was going to be my focus. I was like, ‘OK, I kind of have to accept this.’”

Danielson would continue and explain further:

“Then they brought me in as the GM of SmackDown and I had to be around it every week. It also put a halt to my other ambitions. I’m not great with technology so the thought of doing classes digitally and taping SmackDown Tuesdays. Flying out on Monday, doing SmackDown on Tuesday, flying back on Wednesday, that’s missing three days of class time. So it put a damper on other things.”