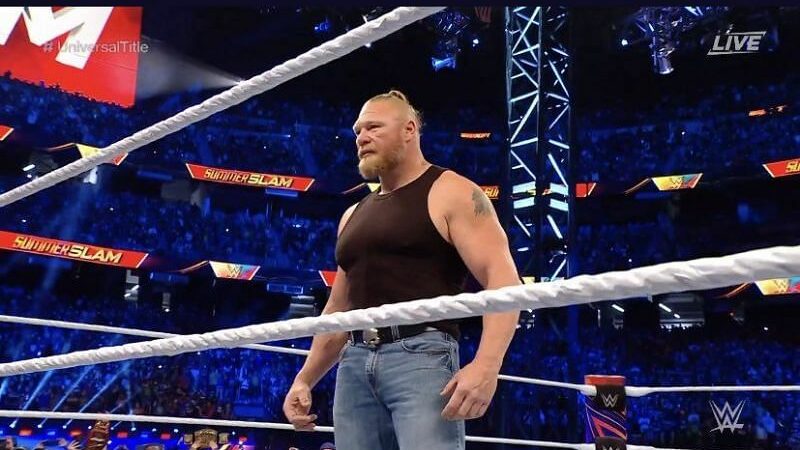 SummerSlam 2022 Premium Live Event was a huge success and it featured megastars like Brock Lesnar and WWE Hall of Famer Edge. In a picture that surfaced the social media, they were spotted having a light-hearted conversation hours before ‘The Biggest Party of The Summer.’

Edge and Brock Lesnar saw huge moments at the show

WWE Hall of Famer Edge made his return at SummerSlam with a new character. The Rated R Superstar went on a hiatus for several weeks after being kicked out of The Judgment Day, a group he started. He made a surprise return at The Biggest Party of the Summer during Finn Balor and Damian Priest’s tag team match against Rey and Dominik Mysterio. He helped The Mysterios defeat Judgment Day, turning babyface in the process.

Meanwhile, Brock Lesnar and Roman Reigns were involved in a grueling battle for the Undisputed WWE Universal Champion in the main event of SummerSlam 2022. ‘The Tribal Chief’ emerged victorious in a gruesome Last man Standing match against ‘The Beast Incarnate.’ Lesnar made his entrance for the match on a tractor. He had also used the vehicle and lopsided the ring, Reigns being inside the squared circle.

During the closing moments, Reigns and The Usos attacked Lesnar. Lesnar popped up every time he was knocked down to everyone’s shock. He was put under a pile of tables, chairs, and steel stairs that prevented him from making it to his feet. The show ended with Reigns holding his titles high and the medical team checking on Lesnar at ringside