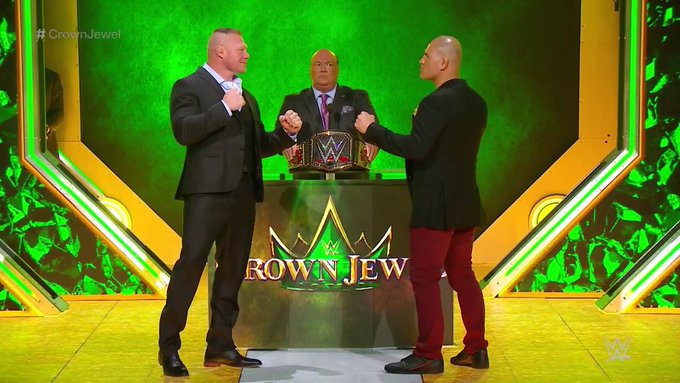 Brock Lesnar will be facing Cain Velasquez at WWE Crown Jewel in Saudi Arabia. Velasquez will be appearing for next week’s Smackdown Live and so will Lesnar. The two will be having a face off in order to hype their match.

Randy Orton challenged The Rock to a match at Wrestlemania, but that will not happen. However, another talented superstar seemingly wants to challenge The Viper to a match at the Grandest Stage Of Them All.

On Twitter, a fan proposed a match between the two in video game format. Ciampa then referenced them having a real match at Wrestlemania 36 and subsequently challenges Orton to a match.

We wonder whether they will have the match at next year’s Wrestlemania or not.