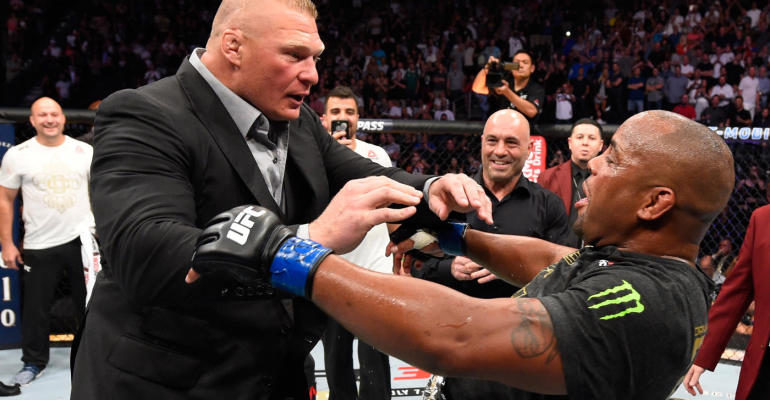 Here are some clips from the after match incident.