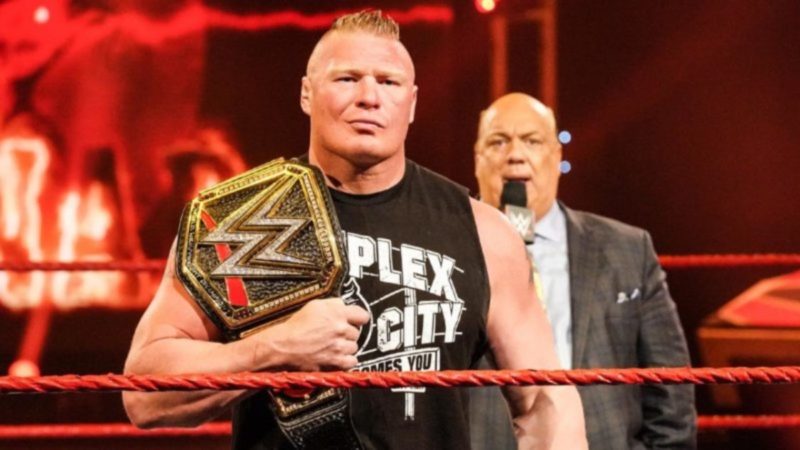 Now that WWE Superstar Brock Lesnar is a free agent, he is available to switch sides to AEW, go back to UFC, or appear on their rival promotion, Bellator. In fact, the last one can actually be a possibility, if one is to believe Bellator President Scott Coker’s words.

Helwani reported that Coker is interested in booking Lesnar in a historic fight that has never happened before – but only if Lesnar is “truly available”. The opponent would be the MMA legend, Fedor Emelianenko.

Asked Bellator President Scott Coker if he has interest in Brock Lesnar, and he replied:

“Yes, if he’s truly available. Fedor vs. Brock is interesting. It’s the fight that never happened!”

Earlier this week, Lesnar was reported to be a free agent as his WWE contract came to an end. Discussions between the two parties regarding a new deal were also paused as per reports.

WWE had removed all of Brock Lesnar’s merchandise from their online stores before the news came out.

Brock Lesnar's merchandise is not on WWE Shop right now.https://t.co/aVk92aK4Nv

The Beast Incarnate in WWE

Lesnar last appeared in the ring at WrestleMania 36 where he faced Drew McIntyre for the WWE Championship title. The Beast Incarnate lost the match and went into a hiatus that has been his longest in WWE so far, according to PWInsider.

Lesnar would usually return to the WWE television by mid-summer for the PPVs like SummerSlam or Payback. But that has not happened this time, owing to the COVID-19 pandemic.

On the other hand, The Beast’s long-time storyline advocate Paul Heyman is now managing Roman Reigns. The Big Dog made a surprising return on WWE SummerSlam, attacking The Fiend and Braun Strowman after the former won the WWE Universal Championship.

Appearing towards the end of a Triple Threat match a week later on WWE Payback, Reigns clinched an easy victory and became the new Universal Champion.