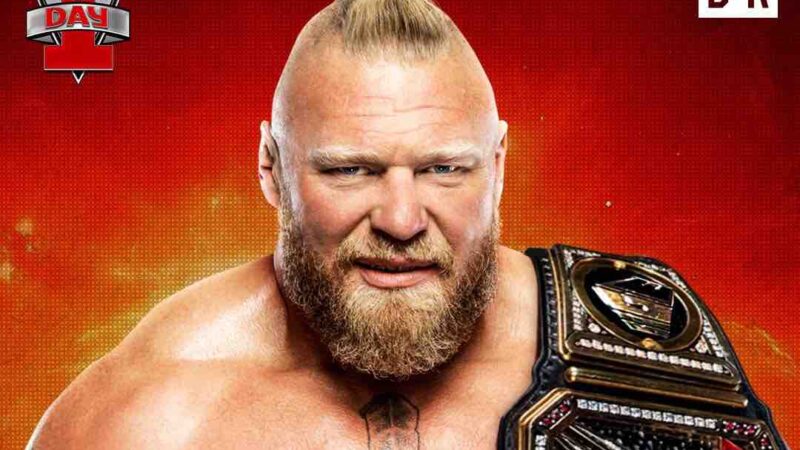 Vince McMahon will have to find a new opponent for WWE Champion Brock Lesnar on March 5th at Madison Square Garden, as his match with Bobby Lashley has been officially canceled.

WWE stated about the show, “The Beast Incarnate Brock Lesnar will defend his WWE Championship!”

It is hard not to see why as his bizarre requests and train of thought simply make no sense to the average person or follow a good sense of logic. WWE Hall of Famer “Road Dogg” Brian James, who also worked behind the scenes in NXT, joined Highspots Sign It Live special and answered fan questions. Road Dogg revealed that he had to dye his goatee because Vince McMahon thought his original color made him look way too old.

”Vince made me color in my goatee because he said I look too old,” Road Dogg said. “He didn’t like the gray.”

In other news regarding Vince McMahon, recently released WWE legend and NXT trainer Scott Taylor AKA Scott 2 Hotty was recently interviewed by Fightful. Here, the former WWE Tag Team Champion discussed when Vince McMahon would visit the WWE Performance Center. Credit to the outlet for the below.

“So, he came to the Performance Center one time the whole time I was there. Maybe six months ago. I was always the guy in the talent meetings, or any meeting in life, I would sit in the back row not wanting to be seen. He came there, he gave a speech and I was like, ‘You know what? I’m gonna sit in the front row and I’m gonna be the first one to ask a question because I feel like I have a legitimate question.’ [Because we’re] always going out doing these tryouts for all these athletes—NFL, Major League Baseball, everything but bowlers and golfers, pretty much, they’re hiring.”