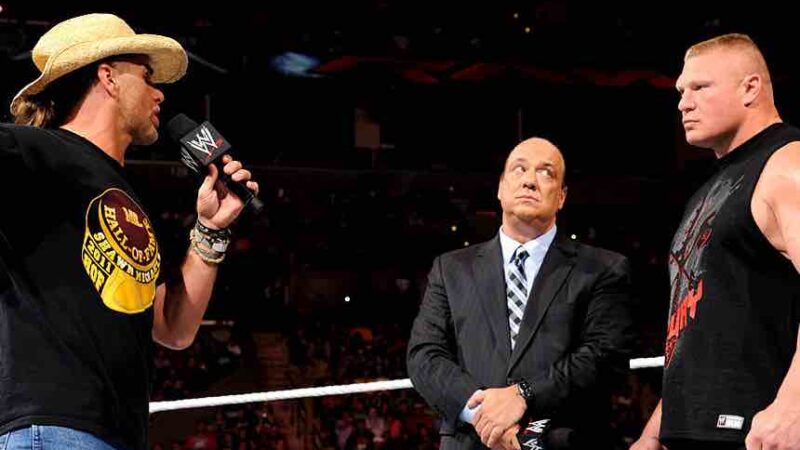 Triple H has been a top name of the company and it has been noted in the past how much of a backstage influencer he is. The former WWE star Chris Jericho who is currently signed with AEW recently recalled the time he shared with Hunter at Vince McMahons’ company. They have been known to have a contentious relationship.

On  The Kurt Angle Show, Jericho recently talked about having backstage heat with the former world champion which started from his initial days in the company. Jericho was removed from the WrestleMania 2000 main event and ‘Le Champion’ The former World Champion believes that his issues with Triple H might have caused the change in his match.

He stated that his heat with Triple H was caused due to several reasons, and there was a time when they both legitimately hated each other. Jericho further claimed that Hunter having the power might stop the rise of Jericho back in the day.

“There was a lot of politics at that time. And when I say this, it’s not from a bitter point of view of an angry point of view. It’s just the way it was. So, to come in, there was a lot of legit heat between Hunter and myself; it involved Chyna. It involved a little bit of X-Pac as well. But Hunter and I just didn’t like each other, and I think Hunter had such pull at the time, such power, that if he didn’t like me. Of course, even if he is not going out of his way to bury me to Vince, I’m sure every time my name came up, he would go, ‘Oh, that guy? Come on!’ It just was kind of the way the business worked at the time. So, I think that might have had a lot to do with it.”