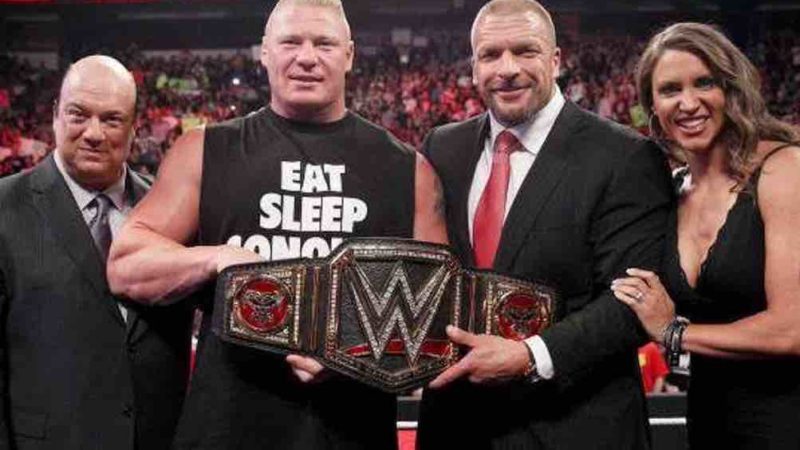 Triple H has already made some changes in WWE. Now, WWE Hall of Famer Ric Flair believes ‘The Game’ will continue to make some positive changes.

Ric Flair opens up on the changes made by Triple H

Triple H took over as head of creative and talent relations following Vince McMahon‘s shocking retirement last month. Fans have loved the changes made by Hunter, and Flair discussed the new era of WWE on the latest episode of his ‘To Be The Man’ podcast. He told co-host Conrad Thompson that he’s enjoying the current product. He is also hearing good things from the WWE locker room.

“I just like the whole show. It’s enjoyable to watch.”

Flair says it’s a looser environment behind the scenes and he’s confident that his former Evolution stablemate has a good support system to lean on. WWE has relied on part-time performers over the past several years. The company’s top champions and box office attractions, like Brock Lesnar, are not always working full-time schedules.

“I don’t think he’s crazy about the part-time performers.”

Flair believes Triple H will want WWE’s champions to be available to appear week in and week out. This may be bad news for Brock Lesnar.

“He looks at the big picture totally different than other people do, than other people have,” said Flair. “I don’t think he’s crazy about the part-time performers. That would be my take on it. As he knows.. he worked every day until the day he got more involved in the office.”

“Especially in a title role, the title picture, this is just me taking a guess, I think he’s going to work towards having people who are champions working more dates. That would be my guess.”

We will have to see what else changes HHH will make in the coming days.