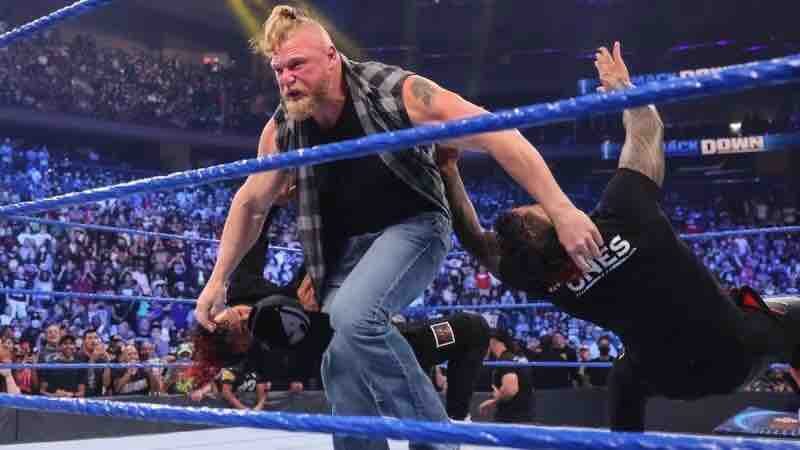 The former WWE Champion Brock Lesnar and WWE Hall of Famer Kurt Angle had previously forced WWE officials to cancel the ban on overhead throws maneuver which is one of the dangerous moves. It happened when they faced each other during the early 2000s.


Brock Lesnar and Kurt Angle were allowed to use it

The dangerous move recently returned to prominence as of late, as ‘The Beast Incarnate’ used it on The Usos at SummerSlam 2022. It was stated that the spot ended up being a scary situation as both Jey and Jimmy Uso accidentally landed on their heads.

The overhead throw recently caused Big E’s serious neck injury, which he sustained in a SmackDown match against Ridge Holland in March. Interestingly enough, the wrestling maneuver has been on and off WWE’s banned list over the years.

Dave Meltzer stated that the dangerous move was prohibited several years ago before Brock Lesnar and Kurt Angle got the green light to utilize it in their match. Here’s what was revealed in this week’s Wrestling Observer Newsletter:

“There was a scary situation late in the Reigns-Lesnar match where Lesnar did overhead throws on both Usos. Both nearly landed on their heads from the throw and one looked scary bad,” noted Dave Meltzer. “This is the same move that could have paralyzed Big E and broke his neck in two places. They had banned the move in the early 2000s but Lesnar and Kurt Angle really pushed to allow it again.”