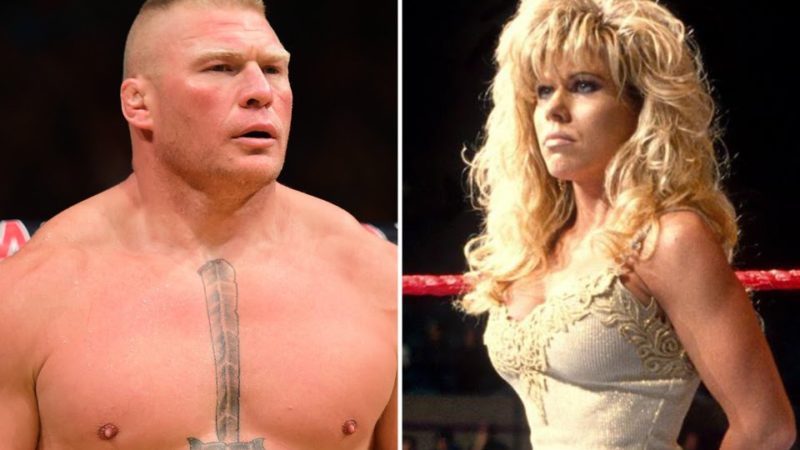 Brock Lesnar can now be added to the ever-growing list of #SpeakingOut movement predators according to new allegations against the WWE Superstar.

The NYPost.com reported the following on Wednesday with a claim from former WWE Superstar Terri Runnels regarding “The Beast Incarnate.”

“I don’t have a lot of respect for Brock, I don’t think Brock respects wrestling fans. Brock did something that if it was in today’s day and time …

He showed his penis to me and called my name as I was walking past where he was in the dressing room and opened his towel so I could see his manly bits. I would have much rather him not be so disrespectful of a female that’s been in this business for as long as I have been.

He knew he was gonna have a lot of power, that they were gonna give him the strap but at that point, I’d been in this business a long time. I have respect and what he did was very, very wrong. From a respect standpoint, from a sexual harassment standpoint, it was wrong.

Runnels previously made these claims against the 6ft 1in, 286lbs powerhouse, 42, during an interview back in 2004. Amid the #SpeakingOut movement Runnels once again spoke on the events in more detail.

WWE released a statement last week amid the outbreak of allegations from female performers past and present within the industry. The statement read: “We take any allegation of this nature very seriously and are looking into the matter.”