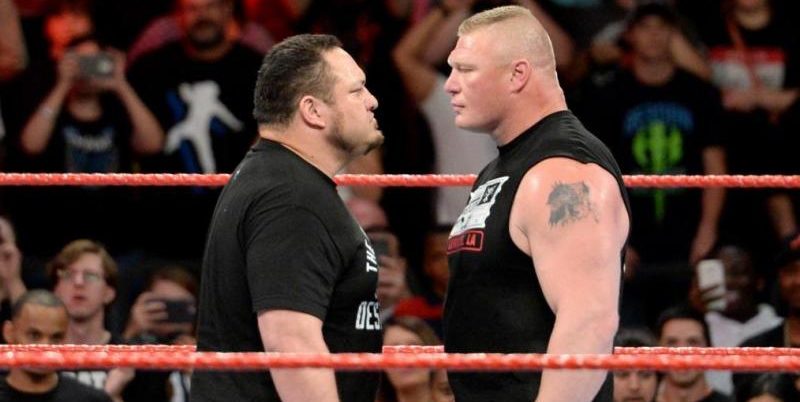 As we noted before, WWE has confirmed that The Beast Brock Lesnar along with his advocate Paul Heyman will be returning to Raw next week on June 26th from Los Angeles.

Brock is expected to continue the build-up for his match against Samoa Joe upon his return. Meanwhile, WWE released a new promo for their upcoming match at Great Balls Of Fire, which can be seen below:

Apart from next week, Brock is scheduled to appear on one more Raw episode before the upcoming Raw exclusive PPV, you can check out his schedule here.

It’s worth noting here that previous reports stated that Lesnar will be defending his title against Braun Strowman on SummerSlam, but Roman Reigns’ big announcement on Raw tonight appears to have spiced things up.

Now it’s possible that we may see a triple threat match among Strowman, Reigns and Brock Lesnar at the Biggest Event Of The Summer instead of a one on one match between The Monster Among Men and The Beast.