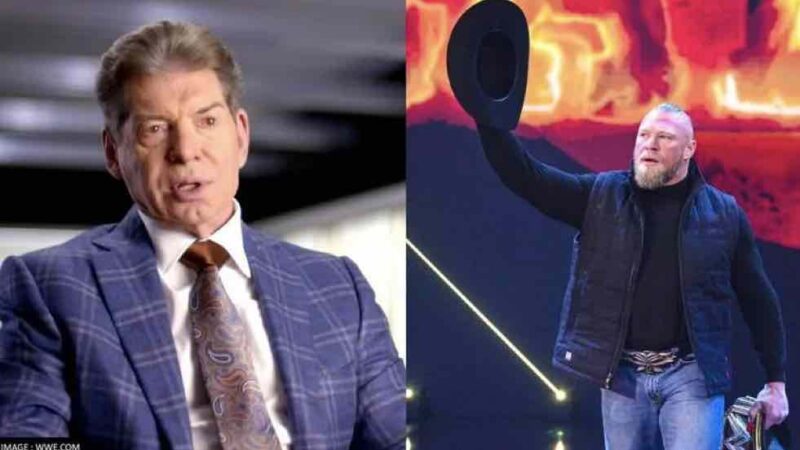 Brock Lesnar had reportedly left ahead of the last night’s edition of Friday Night SmackDown. Vince McMahon recently sent shock waves with his announcement. He announced that he is retiring from his roles as Chairman and CEO of WWE. It was later clarified that he was also done with his work in the creative department. As of now Stephanie McMahon and Nick Khan are Co-CEOs of WWE, while Triple H is EVP of Talent Relations. It was reported that the decision did not sit well with ‘The Beast Incarnate’ and the company had to make some changes to SmackDown.

It was previously reported that Brock Lenar refused to work this week’s SmackDown tapings. Lesnar was said to be furious about the news and walked out of the building hours before the show. The Beast Incarnate, however, made a surprising return during the closing moments of the show. Sean Ross Sapp of Fightful reported that WWE writers had to rewrite the script without Lesnar after he walked out of the building. The final draft was submitted just an hour before the show went live.

The script was completely re-done without Brock in it and resubmitted to staff by 7 PM EST. Wild

Lesnar confronted Theory inside the ring, dropping him with two back to back F5s. He also brutally assaulted Theory with his own Money In The Bank briefcase and stood tall as the show came to a close. SummerSlam 2022 Premium Live Event is just a weeks away. The show will be headlined by Brock Lesnar and Roman Reigns, clash with the Undisputed WWE Universal Championship on the line. It seems the main event outcome has been accidentally spoiled. Brock Lesnar and Roman Reigns are once again set to collide inside the squared circle and fans are thrilled about it.

Vince McMahon reported called Brock Lesnar to convince him to come back, as reported in the tweet below.

A WWE Hall of Fame recently pitched an idea that would help Lesnar. The multi-time World Champion Randy Orton is out of action with a back injury and it caused WWE to change their plans for the Trible Chief at SummerSlam. Recently, WWE Hall of Famer  Goldberg shared his thoughts on who could win the blockbuster clash. Reigns and Lesnar are set to go head to head on Saturday, July 30.  WWE also revealed a poster featuring Lesnar. It seems WWE Hall of Famer Kurt Angle is not a fan of the match taking place several times.