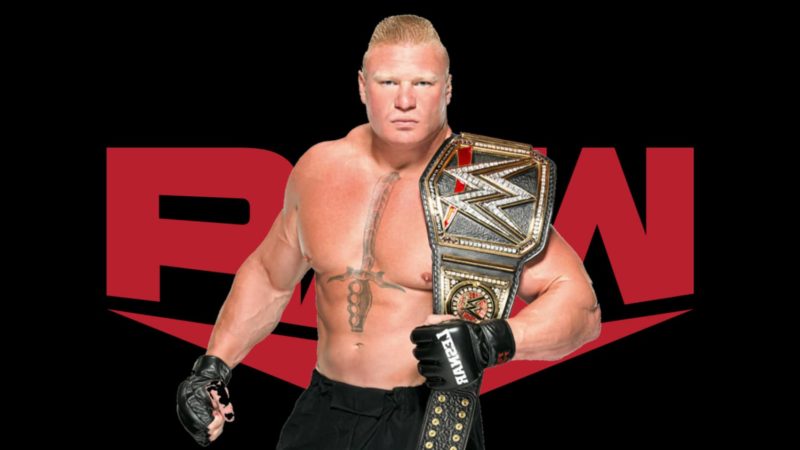 Brock Lesnar fans have an interesting theory about where Bobby Lashley’s storyline where he’s trying to find someone to ‘take out’ Drew McIntyre before WrestleMania 37 is going. Brock Lesnar attacked a WWE Hall of Famer backstage.

Deshawnblack12345 posted that MVP and Lashley could recruit Brock, “Recently, Lashley put out an offer to anyone in the locker room: take out McIntyre, and you’ll get a shot at the WWE title. Who will answer the call?

Today we’ll probably see a bunch of geeks get swatted like flies by Drew. But then, someone big will appear and take him out- and it’ll be none other than BROCK LESNAR, exacting his revenge on Drew for losing to him at WM36. Lashley is a man of his word, and he’s been calling out Lesnar for quite some time now. He has no choice but to honor his offer, leading to Lashley vs. Brock for the WWE title at WM37

My only issue with this prediction is that it gives Drew seemingly nothing to do at Wrestlemania. What do you all think?”

FriedEgg responded, “What if Lesnar does it at Wrestlemania? Show up, take out Drew mid-match, demand title shot at Summerslam.”

GNKxMSEslashfic said, “Oh man it would be so scary to get that Lashley/Lesnar match that everyone and their cat wants to see happen.

Do we get ‘scary’ fantasy booking for every big PPV now after people bought into the scary finish for Royal Rumble? Why’d you call it scary if you yourself like the idea and your only issue is getting something for McIntyre to do?”