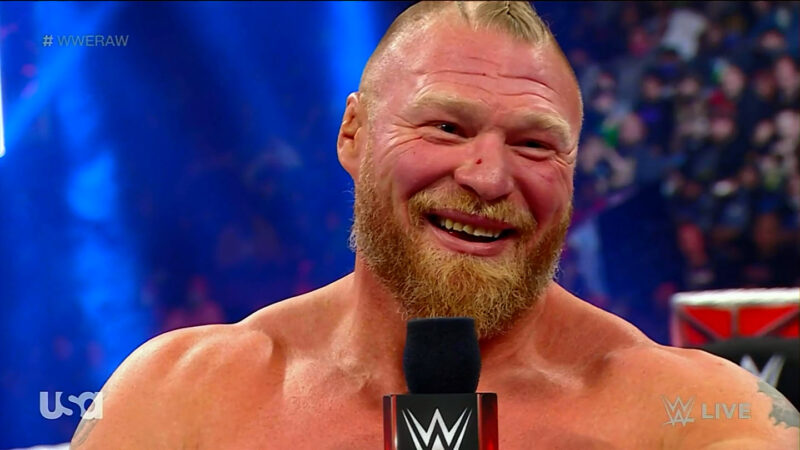 On Friday, one of the most historic memorable moments in professional wrestling took place as Vincent Kennedy McMahon would announce his retirement from sports entertainment and the professional wrestling industry at the age of 77. It was also reported that Brock Lesnar who was advertised for this week’s edition of WWE SmackDown would exit TD Garden in Boston before showtime.

In an update to this story, it is being reported now by Cultaholic that WWE could be looking to turn to former WWE Universal Champion and WCW icon Goldberg should Brock Lesnar not be around WWE in time for Summerslam. While not mentioning Goldberg by name directly, Bryan Alvarez of F4WOnline is reporting that WWE has a backup plan in case Lesnar does not appear on the premium live event.

Over on the Squared Circle subreddit, fans have been reacting all day to the shocking and surprising news of Vince McMahon’s retirement. One user going by the name of EchoBay would state: “Nothing gets to Vince. The man spits in the face of controversy. I think they just saw that things were getting worse and worse for his image, and the longer he stuck around the more harm it would do to WWE and its relationship with advertisers. This is his true baby after all, so while he can take everything on his chin because hes a sociopath, the company doesn’t have that luxury.”

Meanwhile, another Redditor would proclaim: “It’s insane. I always thought Vince would be around forever. I’m glad he’s getting some consequences even if nothing else comes from it since the rich get away with just about anything. At the very least we know Vinces loves to work and loves his company. So I’m glad he’s feeling pressured to step down. Loses what he loves even if he doesn’t face actual justice.”