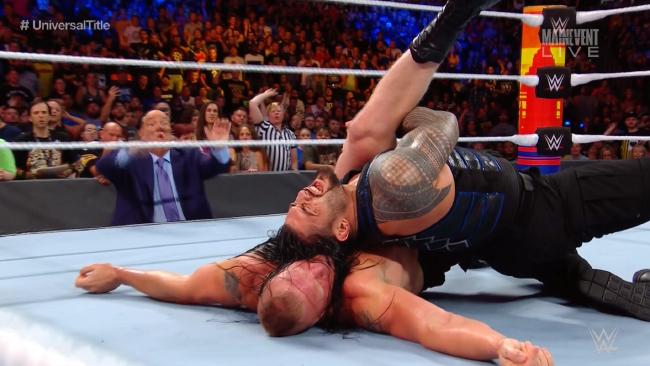 With Brock Lesnar losing the Universal Championship to Roman Reigns and Kurt Angle denying his request for a rematch, it was unknown what the plan was for the Beast Incarnate going forward. According to PWInsider, Lesnar is done with the WWE for now, as he looks to focus on his UFC return.

Mike Johnson of PWInsider reported that it’s been said that the door is open for Lesnar’s return whenever that may be, but he is fully invested on his return to the Octagon in early 2019.

It was rumored that Lesnar was scheduled for Monday Night Raw, but even though he had been advertised for that show, there were no plans creatively to have him appear.

For now, it looks like Lesnar is finished with the WWE. However, we wouldn’t be shocked if he makes a return before the end of 2018 or after his fight later in 2019.