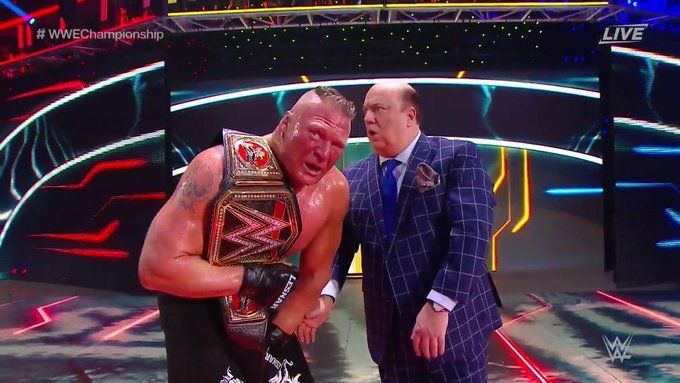 At WWE Survivor Series, WWE Champion Brock Lesnar defended his championship against Rey Mysterio in a No Holds Barred match. Dominick would involve himself in the match, but that did that not help Mysterio pick up the win.

Brock was dominant during the early stage of the match as he manhandled Mysterio. Then Dominik got in the ring with a white towel and begged Lesnar for mercy. Lesnar threw away the towel and grabbed him. Mysterio then hit Lesnar with a low blow. Lesnar was hit with a lead pipe and chair.

Both father and son hit a 619 on Lesnar and frog splash on him, but The Beast Incarnate still kicked out at two. Lesnar suplexed Dominik and caught Mysterio in mid-air and delivered an F5 for the three count. So Lesnar retained his WWE Title despite Dominick’s interference.