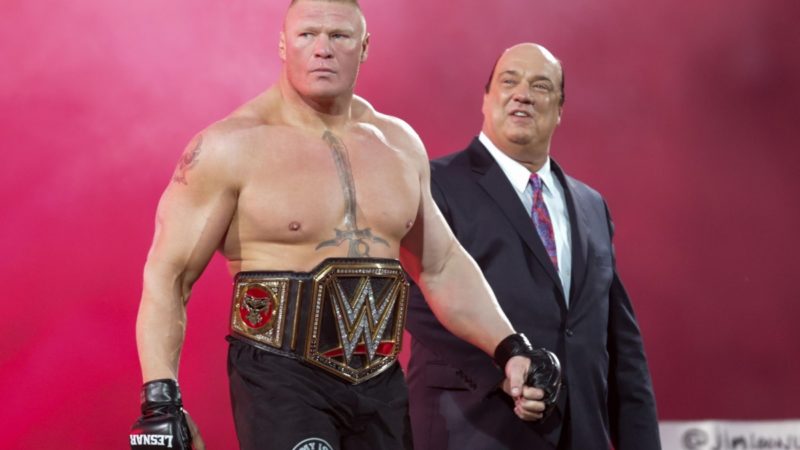 Brock Lesnar was allegedly one of those ‘major stars’ who were speculated to and join All Elite Wrestling during AEW’s latest pay-per-view event, Revolution. However, this wasn’t the case as former WWE World Heavyweight Champion and multi-time WWE Tag Team Champion Christian, now known to audiences as Christian Cage debuted last night during the show. Brock Lesnar threatened to quit WWE after this shocking occurrence.

However, for those who are wondering what is next for Brock Lesnar, you might not have to wonder for much longer as taking to social media via Instagram, Hurt Business leader MVP posted a following teaser photo of Brock ahead of Raw and WWE Fastlane. The photo, which you can view below showcases current WWE Champion and fellow Hurt Business member Bobby Lashley staring down Brock Lesnar. It has been no secret that a Bobby Lashley Vs. Brock Lesnar match at WrestleMania match has been lobbied for quite some time so we will have to see if this develops tonight on Monday Night Raw or in the very near future.

In other news revolving Brock Lesnar, the current WWE Champion, Bobby Lashley called out ‘The Beast’ recently in speaking to FOX Sports’ Ryan Satin in saying the following remarks. “The beast. Where is he? He trapped in the woods somewhere? Is he hiding? Is he getting ready for this big return, like where you at bro? Like everybody knows you know I know, Drew [Mcintyre] knows everybody knows that when Brock [Lesnar] comes back, there’s going to be a lot to answer to, and I welcome it.”  WWE recently responded to Brock Lesnar AEW debut rumors.

Credit to TheSportsRush for the quote.