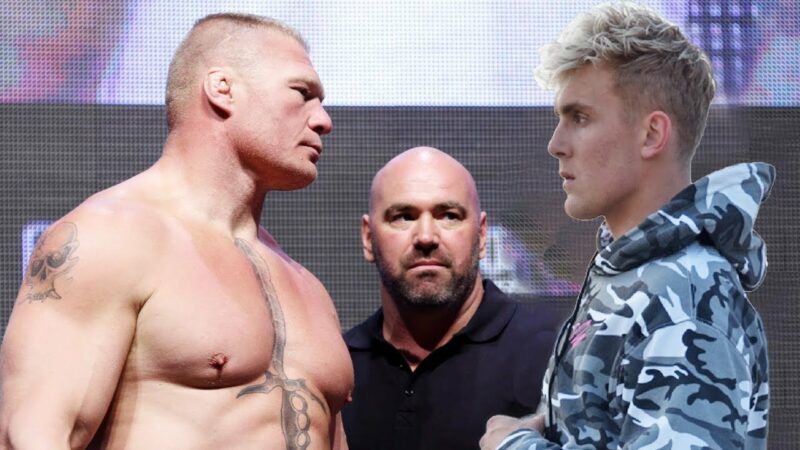 
“Great for YouTube. I’m happy for those guys. They worked at something. They built their name up. They thought outside the box, they promoted themselves.”

“Can he become a professional wrestler?” Lesnar said about Logan Paul. “Maybe if he puts as much ambition into that.”

WWE star Seth Rollins currently doesn’t have any match scheduled for the upcoming WrestleMania 38. He had teamed up with Kevin Owens to challenge for the RAW Tag Team titles on this week’s episode of Monday Night RAW. But they failed as Team RK-Bro ended up winning the titles. Rollins was simply shocked following the loss and showed no sentiment afterward as well. Later on, in the show, backstage interviewer, Kevin Patrick approached Rollins, who walked away without offering any comments.

Following his loss, ‘The Visionary’ made some huge changes to his official Twitter and Instagram accounts. He blacked out both his social media accounts.

While his former tag-team partner Kevin Owens is set to have an involvement with WWE Hall of Famer Stone Cold Steve Austin at WrestleMania 38, Rollins doesn’t have an opponent for the ‘Shows of Shows.’  As per the reports, Cody Rhodes was initially pitched as Rollins’s WrestleMania opponent. Rhodes became a free agent after not signing a new deal with AEW. Multiple reports suggest that the former Intercontinental Champion will return to WWE as the two parties were in talks.

Fightful Select now reported that ‘The American Nightmare’ was pitched as Rollins’ opponent for WrestleMania. The match is up in the air as of now. It is certainly where Rhodes is planning to go next. The report said: