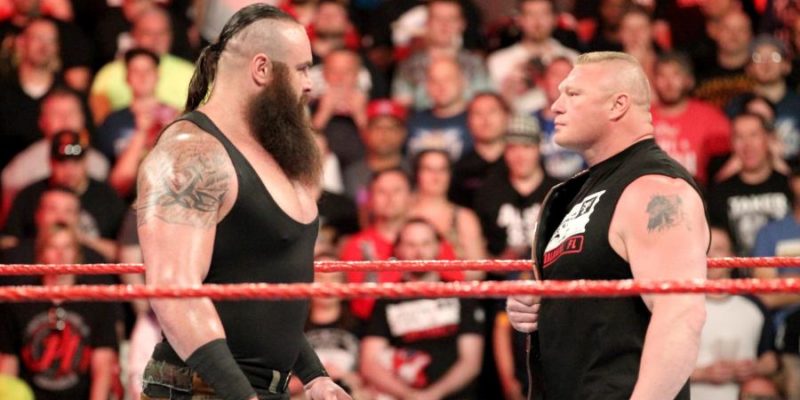 When three monster-sized athletes like Braun Strowman, Kane and Brock Lesnar are in the same match you’d expect their bout to be a hard-hitting one.

However, it appears that during one point of this triple threat match at Sunday’s Royal Rumble PPV the fight between two of these competitors- Braun Strowman and Brock Lesnar became more real than one may have thought.

During the Championship match, there was a spot where Strowman hit the universal Champion with a stiff knee. The spot as seen below left Lesnar stunned:

Soon after this, Brock came back and delivered a devastating looking punch to the Monster Among Men. Many fans noted that this punch looked very real as seen below:

After seeing both these spots, many believe that Braun hit Brock harder than expected and as a result, Lesnar got mad at him and delivered a real punch to the former Wyatt Family Member.

What do you think about this spot? Let us know your thoughts in the comment section?