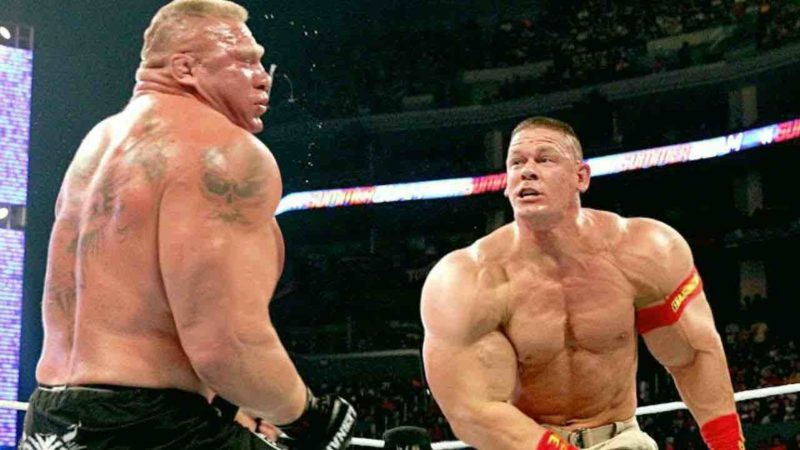 Brock Lesnar is undoubtedly one of the most dominant pro wrestlers to have ever competed inside the squared circle. He had two tremendous runs in WWE, both of which resulted in him winning major World Championships and being a huge draw for fans. He has not been seen on WWE television since WrestleMania 36, where he dropped the WWE Championship to Drew McIntyre. A Brock Lesnar bombshell was recently leaked.

It seems Brock Lesnar and John Cena had heat backstage in WWE. John Cena’s father, John Cena Sr. recently spoke on the UnSKripted podcast, where he was asked about the rumored backstage issues between his son John Cena and former WWE Superstar Brock Lesnar. Here is what he said:

“I don’t know that. I’m not privy to that. If there is, that’s a surprise. I can’t answer your question ’cause I don’t know anything about it.”

It was previously stated by reports that Brock Lesnar and John Cena had heat backstage in WWE as Lesnar had issues with John Cena and even bad-mouthed Cena in front of Vince McMahon many times.