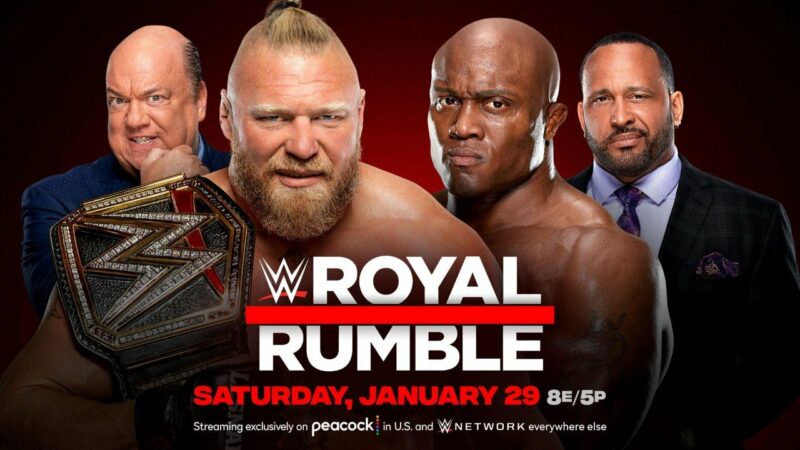 WWE Champion Brock Lesnar and Bobby Lashley are set to lock horns in a long-awaited dream match at the Royal Rumble on January 29th with the WWE Championship on the line. The fans are excited about the contest but ahead of the match Billi Bhatti on his ‘The Dirty Sheets’ podcast dropped some interesting notes on the bout. Brock Lesnar’s match at Elimination Chamber has also been speculated.

He noted that “WWE is on a fence about their Royal Rumble winner.” He said that before Roman Reigns contracted the virus,  “there was a very, very clear plan.” He noted that Paul Heyman was likely to betray Lesnar, and ‘The Beast Incarnate’ would lose to Lashley. Lesnar would then come in and win the Royal Rumble and choose to face Roman Reigns.

Bhatti said that Lashley has been planned to win the bout against Lesnar:

“He [Lesnar] now has a match with Bobby Lashley. The plan as of last week was Bobby Lashley to win and for Brock Lesnar to enter the Royal Rumble and win the match so he can challenge Roman.”

Fans compared Lashley to “The Beast” ever since he first arrived in WWE and “The All Mighty” publicly pushed for a match between the two for years.Finally the match is set to take place as the fans await the battle of the two powerhouses at upcoming Royal Rumble pay-per-view.

Paul Heyman recently spoke on Casio’s Cut about the match. He said:

“It’s exciting because it’s the first time ever matchup, because you’ve never seen Brock Lesnar one-on-one in the ring with Bobby Lashley, and they have some very, very interesting similar similarities between the two they were both amateur wrestlers, they both came to WWE with the highest amount of anticipation, they both transitioned from WWE to mixed martial arts, and then they both came back to WWE. The difference is, one is Bobby Lashley, who is in any other generation, the single most dominant athlete in World Wrestling Entertainment. The problem for Bobby Lashley is he’s up against Brock Lesnar, and Brock Lesnar is not just of a different caliber athlete, not just a different caliber of performer, but Brock Lesnar is not even of our species and Bobby Lashley is going to learn that The hard way at the Royal Rumble.”

We will see who emerges victorious in the match.