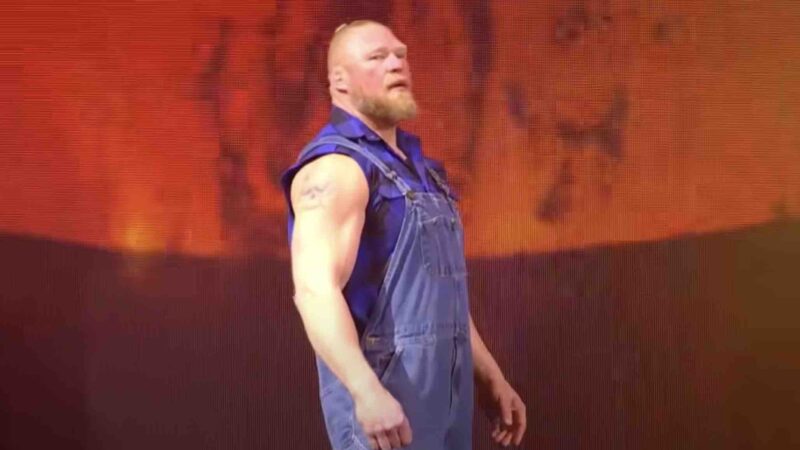 Brock Lesnar is currently one of the biggest stars of WWE. But, he was scared of losing his job back in the day as revealed by WWE Hall of Famer Mark Henry.

The former WWE star recently recalled Lesnar was afraid of getting fired. In the early 2000s, aspiring WWE stars trained and performed at the promotion turned developmental territory for WWE, Ohio Valley Wrestling (OVW). Popular stars competed in the promotion, including John Cena, Randy Orton, Brock Lesnar, and many more.

Lesnar made his main roster debut in 2002 when Paul Heyman took him under his wings. His athletic build and immense strength helped Lesnar dominate his opponents inside the squared circle.

During a recent exclusive interview with Bill Apter on Sportskeeda Wrestling, Henry reflected on an incident when he challenged Lesnar to a shoot match because he considered himself to be unbeatable:

“He shot in and tried to double leg me and I sprawled him and I was able to gut-wrench him and pick him up. And when I was trying to throw him over, I started stumbling forward because he was pulling backward at the same time. And we ended up getting caught up in the ropes and they broke us up. And then they say, ‘okay, go back again.’ So now Brock is about six feet away from me. I knew in my heart that he couldn’t get to me. He was gonna have to get closer, but I was wrong.”

Henry went on to add that he was oblivious to The Beast’s strength and found himself on the receiving end of a brutal double-leg takedown, resulting in him being out of action for nearly seven weeks. He added that Lesnar feared getting fired for injuring Henry:

“He shot from about six feet away and went to my ankle. And he put both hands behind my ankle, and his shoulder in my knee, and hyper extended my knee. And I was out for like, six to seven weeks. And I was just on the ground like,’Oh my God’, and he was like, ‘You’re hurt’ and I was like, ‘damn, I can’t move and he was like, he’s like, ‘they’re gonna fire me.’ I said ‘no, they not gonna fire you, they gonna fire me.’ But we got a laugh about it later on but during that time he’s like a very, very dangerous guy.”