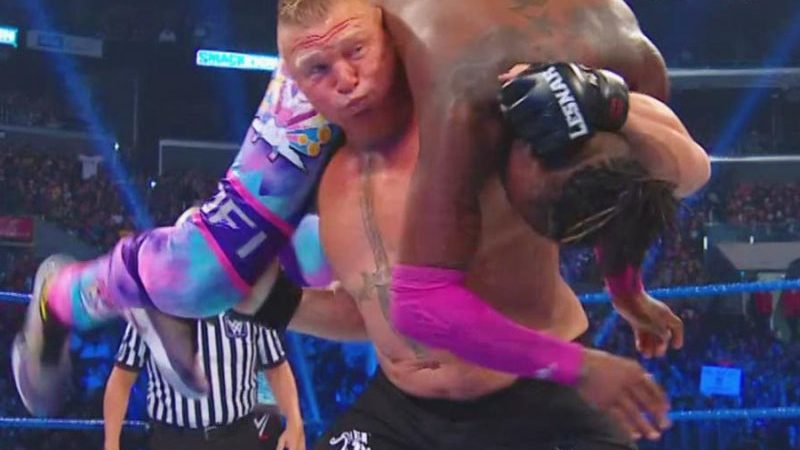 Big E has been on the receiving end of a huge push as a singles star, ever since he was separated from the New Day during 2020’s edition of the WWE Draft. He also made a name for himself as part of the New Day stable as well. Big E lost the WWE Intercontinental Championship on Night Two of WrestleMania 37, as he lost to Apollo Crews in a Nigerian Drum Fight. He also was unable to win the title in a fatal four-way match on a previous episode of Friday Night Smackdown. Big E was also removed from Friday Night Smackdown.

Big E would eventually become the WWE Champion after cashing in his Money In The Bank briefcase on Bobby Lashley during an episode of Monday Night RAW in September last year. Since then Big E was the champion. However, that changed after he defended his title against Kevin Owens, Seth Rollins, Bobby Lashley and a newly-added Brock Lesnar in a Fatal Five-Way match at the WWE Day 1 pay-per-view. In the end, Brock Lesnar hit a devastating F5 on Big E for the win and thus became the new WWE Champion.
New Day member Kofi Kingston took to Twitter and reacted to Big E’s loss as he was definitely very sad about his friend’s loss.
https://twitter.com/TrueKofi/status/1477487124161126403?s=20

Brock Lesnar infamously defeated Kofi Kingston on the October 2019 debut of Smackdown on Fox for the WWE title in mere seconds, angering many fans. Brock had previously beat Kingston at WWE Beast in the East in Japan in July 2015. Kingston has been completely shut out of the WWE title picture since Lesnar defeated him, with many saying they’d have preferred a longer match. Lesnar was confronted by Cain Velasquez after the Smackdown match, leading to a title match at WWE Crown Jewle in Saudi Arabia where Lesnar retained his title.