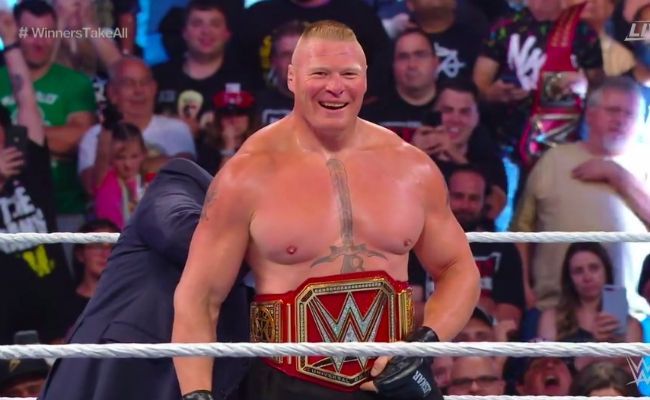 Brock Lesnar won the Money In The Bank briefcase even though he was not part of the match. Paul Heyman teased how Lesnar could make an appearance at WWE Extreme Rules and that is exactly what happened.

Seth Rollins managed to defeat Baron Corbin after delivering three curb stomps. So he secured the victory for himself and Becky Lynch and retained their titles.

Suddenly, Brock Lesnar’s music started and The Beast made his way to the ring. He hit a German Suplex on Rollins and then cashed in his Money In The Bank contract. Brock then hit Rollins with an F5 and secured the easy win and he is now the new Universal Champion.