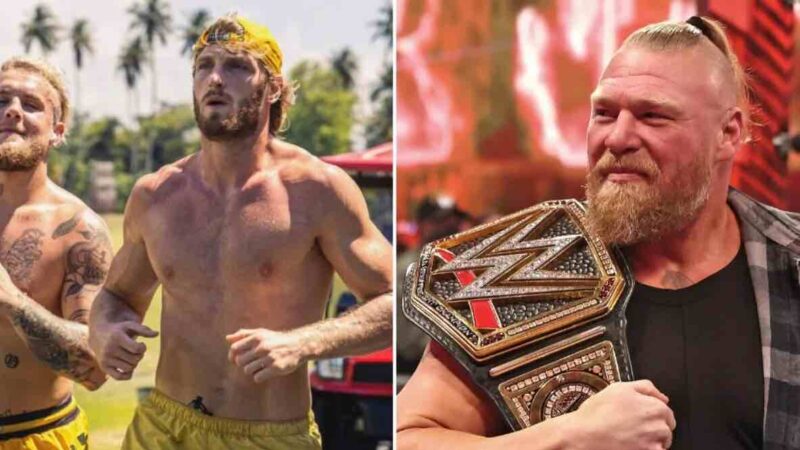 WWE star Brock Lesnar is currently on a hiatus after his gruesome battle in a Last Man Stadning match with the Undisputed WWE Universal Champion Roman Reigns at SummerSlam, but he isn’t done with WWE. Xero News has now reported that Lesnar is set to return to WWE television in October. However, the exact date is not disclosed yet. The plan is for him to compete at WWE Crown Jewel on November 5, 2022 in Saudi Arabia, and to be the other major attraction alongside Logan Paul. Previous reports have suggested that the Beast Incarnate could reportedly be facing current United States Champion Bobby Lashley.

Meanwhile, it has also been reported by the outlet that Drew McIntyre and Karrion Kross could headline the upcoming Extreme Rules Premium Live Event.

Brock Lesnar and Roman Reigns were involved in a grueling battle in the main event of SummerSlam 2022. ‘The Tribal Chief’ emerged victorious in a gruesome Last man Standing match against ‘The Beast Incarnate.’ Lesnar made his entrance for the match on a tractor. He had also used the vehicle and lopsided the ring, Reigns being inside the squared circle.

It was previously reported that WWE Day 1 event is also likely to return in 2023 and Lesnar has been advertised for the event.  At the start of 2022, WWE introduced a new event, WWE Day 1, kicking off the new year with a premium live event. Because New Year’s Day falls on a Sunday in 2023, the event will return and it will once again emanate from the State Farm Arena in Atlanta, Georgia, according to the venue for the website.