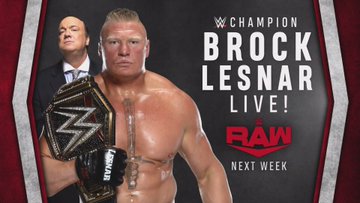 On this week’s episode of RAW, WWE Champion Brock Lesnar returned to the red show and made a ground-breaking announcement. The Beast Incarnate announced that he will be entering the Royal Rumble at the #1 spot and his advocate Paul Heyman believes that he will outlast all the other Superstars easily.

Later on, in the show, it was announced that the WWE Champion will appear on the red show again next week. It will be interesting to uncover what Lesnar has in stores for us because he is now, essentially, defending his title against the entire roster.

The Road to WrestleMania begins at the Royal Rumble and so it is only natural that the bigger storylines involving the biggest Superstars commence with their build-ups.