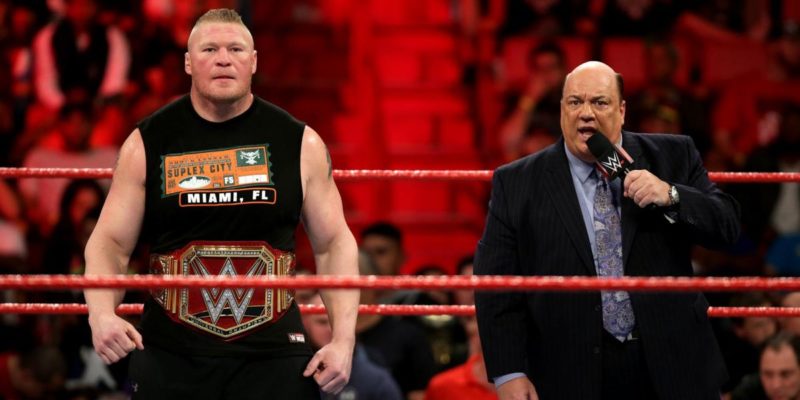 The Beast Incarnate walked away Friday with his head held high and the Universal Championship draped over his shoulder. With another victory and no appearance on Monday Night RAW, we’ve been left to speculate on when we’ll see Brock Lesnar again.

At least, for the moment, we know when Lesnar will be in the ring again. According to Cageside Seats, Brock Lesnar’s next match is expected to take place at Money in the Bank in June. Whether he’ll appear on RAW between now and then is unknown.

It’s been rumored that the WWE has been wanting to make Money in the Bank a “Big 5” PPV, adding it to the ranks of Summerslam, Survivor Series, Royal Rumble and WrestleMania. If that is the plan, it makes sense for Lesnar’s next title bout to take place there.

While we don’t know who his opponent is, either, it’s safe to assume that it’ll more than likely be Roman Reigns. The Big Dog had a legitimate gripe when discussing the Steel Cage match in Saudi Arabia, so as much as some fans may not like it, it seems that we’ll be getting another match in this feud.