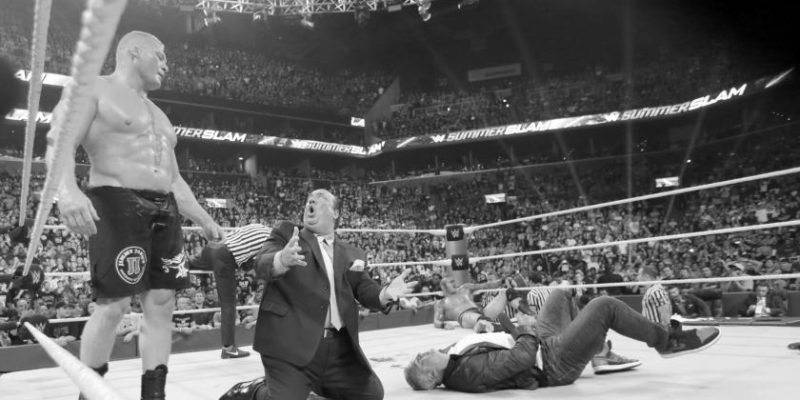 – Following last night’s big win over Randy Orton at the SummerSlam pay-per-view (PPV) event, Brock Lesnar is currently not scheduled to be at tonight’s RAW in Brooklyn. Lesnar defeated Orton via TKO after unloading a barrage of strikes on ‘The Legend Killer’, cutting him open bad on his forehead and F5’ing SmackDown Commissioner Shane McMahon as well.

– Karl Anderson sent out the following Tweet to congratulate his former Bullet Club members on their success at SummerSlam last night:

Brother, @FinnBalor the champ..
Brother @AJStylesOrg #beatupjohncena….
1 year ago who woulda thought all this would be happening..#BC