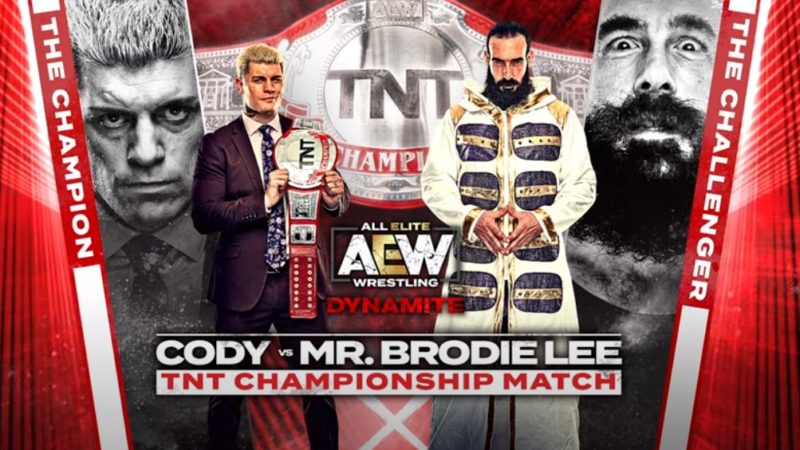 In a shocking turn of events, Brodie Lee destroyed Rhodes in under a few minutes and became the new TNT Champion in the process.

Cody Rhodes recently spoke on the Talk is Jericho Podcast, where he discussed the aforementioned match against Brodie Lee.

Rhodes revealed that the match was based on an iconic match between Vader and Antonio Inoki.

“Well, I wanted to do Vader – Inoki. I wanted to do it for a while, but no one fit the profile. I thought, no one’s done that. It would be really shocking. It would be the right call because, in wrestling, anything can happen on any given night; and we have to consistently remind them of that.