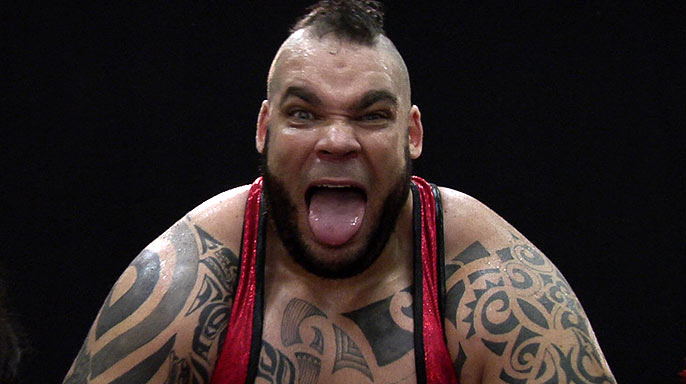 Former WWE star Brodus Clay recently appeared on WrestleZone Radio to discuss his reaction to being given the Funkasaurus gimmick in WWE and being a bodyguard for Snoop Dogg. Here are the highlights.

On his reaction to being given the Funkasaurus gimmick in WWE:

I thought it was career suicide. I thought I was going to walk out and the crowd was going to go, “What the hell?” Just boo the hell out of me like I was Max Moon. When I walked out you could have dropped a pin. You could have dropped an absolute pin. Straight silence. Corpus Christi, TX was like, “What?” There was a guy who had shaved his head like me. Had the “Monster Brodus Clay” tank top on. He was just starring at me with his mouth open. I made eye contact with him and went down to the ring and he was saying, “Damn it. This is going to be bad.” Then when I am in the ring doing my thing I hit Hawkins with something and the guy stands up and yells, “You suck Brodus Clay!” I just yelled back, “My bad!” I just didn’t care, you know? I’m just going to do this. The crowd popped when I said, “My bad!” Then I just started talking to the crowd during the match and it was one of those things we are not supposed to do. At that point I figured it couldn’t possibly get any worse. You just don’t know. So, I did the thing and the music hits so loud and they may have been cheering kind of loud. I walked through Gorilla and everybody clapped and I was like, “Uh huh.” Then Triple H came around the corner and said, “Whatever you do don’t look on the internet.”

On being a bodyguard for Snoop Dogg:

The biggest thing about Snoop is, you gotta understand, everybody wants a piece of him. They want to touch him. They want to talk to him. They feel like Snoop is the kind of guy that they can have a beer with or hang out at their house and play video games with. Fans are very aggressive when it comes to Snoop. They just want a piece of him so much. I would probably say more so than any other celebrity because he’s so tangible. He’s always around. So, you have to be very aggressive in setting boundaries with people. Letting them know that it’s not something they are going to do. During my time with Snoop we never had a situation where somebody got hands on him. They tried numerous times. Especially in Europe. Very, very hands on huggy people.