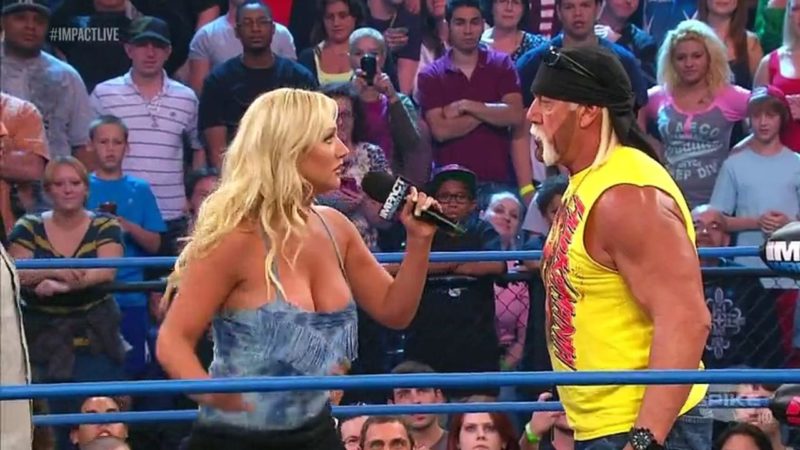 Brooke Hogan, who is of course the daughter of Hulk Hogan, spoke with the E! Network about her father saying racist comments in a leaked sex tape. Check it out below.

“When you’re mad and you’re at the lowest point in your life or you’re mad at somebody, you just choose ill-fitting words for that situation just to air your shorts out and that’s all it was,” Brooke said. “I looked at the transcripts and I was like, ‘yeah, he was pissed at me.’ It’s not who he is though. He’s not racist. Nobody would want their lowest moment to be filmed for the world to see. It’s not like he stood up on a podium and said, ‘this is what I think about all these people.’ It’s not how it is.

“I feel bad for my dad, but I also feel bad for the African-American fans and stuff because they don’t know that he didn’t mean it,” she continued. “He takes responsibility for it, he knows he messed up and these are the repercussions for what’s happening.”