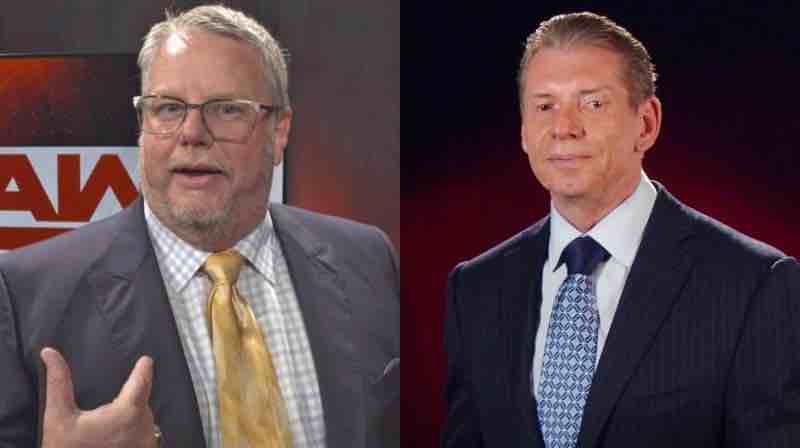 Vince Russo revealed on a Sportskeeda podcast that Bruce Prichard told him in 2011 at TNA that Vince McMahon was no longer living with Linda McMahon. Vince McMahon recently stepped down from the positions of Chairman and CEO. It was shortly announced that he would be making an appearance on the latest edition of SmackDown to address his absence. It was previously noted that he tore the SmackDown script. WWE Smackdown kicked off with Vince McMahon coming to the ring to address the fans in a brief segment. Vince welcomed the fans to the show but did not mention anything about the situation. The promo was heavily criticized. Now, pro wrestling veteran Jim Cornette believes that Vince has been accused of or done worse than the recent allegations against him.

Mr. McMahon got entailed in a controversial matter. The Wall Street Journal recently unveiled that WWE is investigating a secret $3 million settlement paid to a former employee of Mr. McMahon. The probe has also scooped several claims of misconduct from former employees toward The Chairman and top executive John Laurinaitis. It is not known which member leaked the story. There are twelve people on the board. Dave Meltzer discussed the source of the leak on the latest Wrestling Observer Radio. Dave was not sure who might have released the information.

Now, Cornette reflected on the allegations against McMahon on the Jim Cornette Experience podcast. Cornette feels McMahon admitted to worse offenses in the past, and the latest one doesn’t compare to the past ones:

“He didn’t abuse anybody, he paid her quite well for her services, and nothing was illegal except for the potential of paying her with company money. If you think of all the things Vince was accused of, whether they were real, imagined, or some element of both, this is one of the least offensive and least illegal. He didn’t carry a briefcase full of alleged cash into a DA’s office in a small town in Pennsylvania to cover up a murder. This story does not compare to that.”

“This isn’t as bad or egregious or illegal or whatever as any of the number of things he’s been accused of or admitted to doing in the past. He was on trial for steriod fu*king racketeering, whatever, from the federal government at one point. He beat all that stuff.”

It was recently announced that the former WWE Chief Brand Officer Stephanie McMahon would taking up the duties as the interim WWE CEO And Chairwoman.