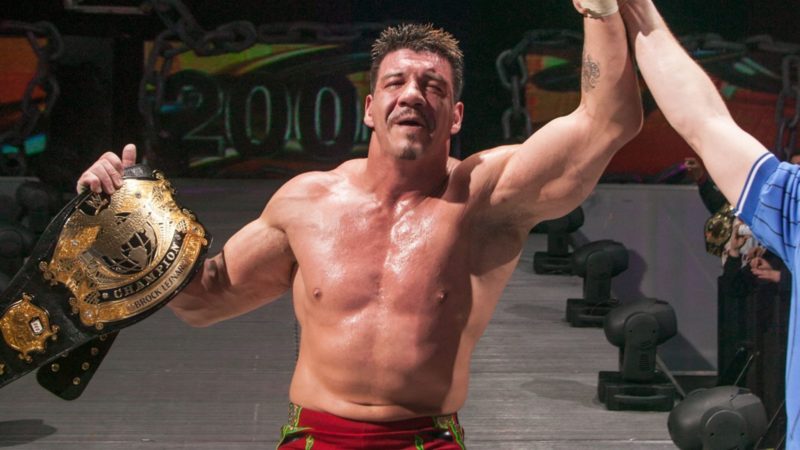 There are a lot of dream matches between the late great Eddie Guerrero and current stars people would have loved to see but they are not possible.

However, there was one match between Guerrero and another WWE legend which was actually discussed within the company but it couldn’t take place because of his passing.

Bruce Prichard talked about the legend on the latest episode of his Something To Wrestle With podcast and revealed that they had actually discussed a match between Eddie Guerrero and Shawn Michaels for WrestleMania 32:

“It was kicked around as a possibility because they never worked together, and that was, at least in my head, a dream match, that was one of those that I definitely would love to have seen.”

Unfortunately, Eddie Guerrero passed away six months before the event and Shawn Michaels ended up facing Vince McMahon in a No Holds Barred match at the show.