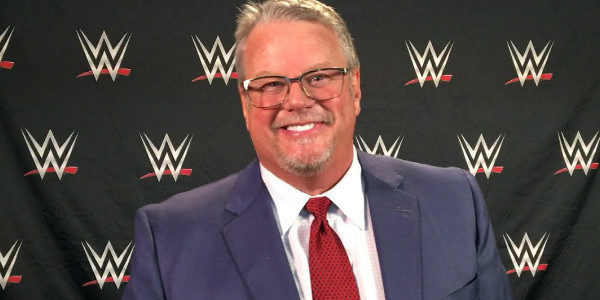 WWE Chairman Vince McMahon was indicted in federal court in 1993, after being accused of distributing steroids to WWE superstars.  Bruce Prichard talked about the controversy on a recent episode of his Something To Wrestle podcast.

During the controversy, Hulk Hogan denied the using of steroids in an appearance on a late-night talk show.

“The subject was out there. Everybody else was talking about it. It was Vince McMahon’s strategy. Rather than everyone else talking about it, we will talk about it and will get our story out and be honest about it. One of the biggest thing that hit the company was the Arsenio Hall Show and everybody goes back to that when Hulk Hogan said that he didn’t use steroids on the Arsenio Hall Show.

That backlash stung and hurt for a while.There were a lot of people that were upset about that, particularly Randy Savage. I wasn’t in the company at the time so I don’t know first-hand what that general feeling was at the time, however, I remember the after-effects where Vince McMahon said that we were still reeling from those comments. He wanted to get his story out there that we were going to do it with WWF Radio.”

Prichard said Hogan’s comments hurt WWE as he was the biggest superstar in professional wrestling, as well being a locker room leader.

“Hulk Hogan was a leader and it absolutely did reflect on us. I had been told that Vince, everyone encouraged him to tell the truth because when Hogan did take them they were legal. They were prescribed by a doctor,” Prichard said. “All of those different things that people forget about, it just wasn’t a good choice in my opinion. It hurt the company, it hurt Vince McMahon for a while and Vince just wanted to get his side of it out there to have a true voice rather than going through a third party like on a talk show.”

Bruce also talked about the late wrestler Brian “Crush” Adams, who died of a drug overdose in 2007. He was to be put over by Randy Savage. As Adams and Savage were friends in real life, Randy was more than happy to put him over.

“Vince McMahon wanted to help put Crush over, and Randy Savage took that and said that he would get him over. Randy and Brian Adams were really good friends and Randy believed that Crush had all the potential in the world,”

Randy believed that he can get Crush over and Vince McMahon agreed to it and thought that the friendly, smiling, coconut crushing Crush was too much of a babyface and too one-sided and thought, well, hell let’s make him a big, nasty heel. Let’s put him with Randy Savage and help get him over. The genesis of it is Vince McMahon being frustrated and asking why this big bastard isn’t getting over? Randy Savage said that he would get him over and Vince accepted it.”

“Randy and Crush were best friends.They traveled together; they trained together. They were the best of friends. They were always talking about things and ideas. It is fair to say that he was helping his buddy get over. That is why he volunteered to get Crush over because he wasn’t getting over at the time.”