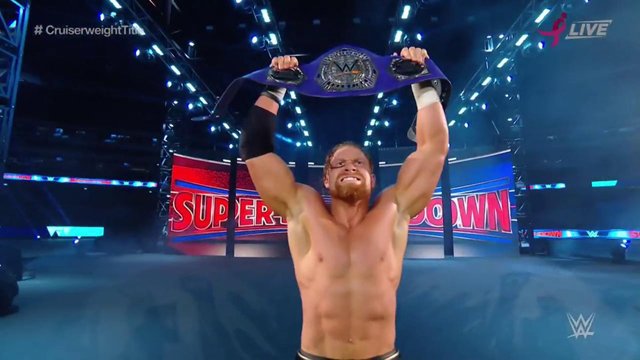 At WWE Super Show-Down, “The Juggernaut” Buddy Murphy was able to end the Age of Alexander, defeating Cedric Alexander for the Cruiserweight Championship in his hometown of Melbourne, Australia.

This title win marked a pretty unique point in WWE history and has forever etched Murphy’s name in the record books, as he is the first Australian wrestler in WWE history to win a singles championship.

Murphy actually already met a first in NXT, becoming the first Australian superstar to hold a WWE title when he captured the NXT Tag Team Titles with Wesley Blake.

@CedricAlexander was the Best in @WWE205Live – But I’m better than the Best! The #AgeofAlexander is now extinct like the dinosaurs! #AndNEW #WWESSD pic.twitter.com/OU0ZPCaYEF

Now, with championship gold again around his waist, Buddy Murphy looks to change the landscape of 205 Live. With Cedric Alexander finally vanquished, will there be a new challenger for Murphy, or will the Soul of 205 Live look for retribution?