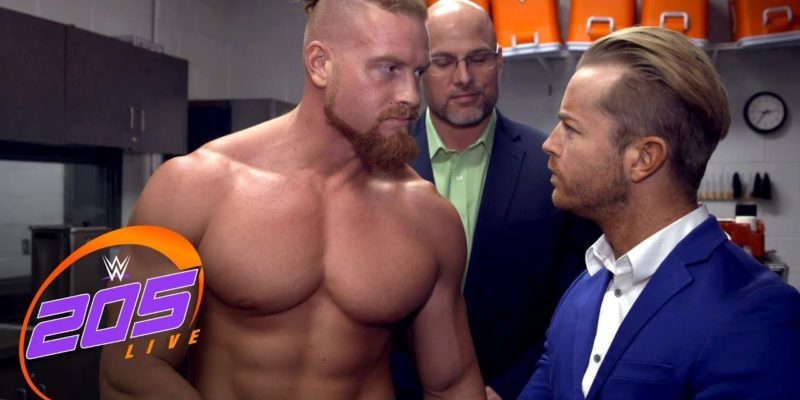 Buddy Murphy looked to be on the verge of a championship reign on 205 Live a few weeks ago. The Best Kept Secret had put on phenomenal fast-paced matches with the best of the Cruiserweight Division and had just laid out Cedric Alexander with Murphy’s Law during Alexander’s championship celebration.

Oddly enough, Murphy wouldn’t get the opportunity at Alexander’s title, as the week after, he didn’t make weight, weighing in at around 207 1/2 lbs, disqualifying him from performing on 205 Live. To make up for this, the cruiserweights took part in a gauntlet match, where Kalisto would win to challenge Alexander at Greatest Royal Rumble, failing to win the title in a great back and forth matchup.

It seems that Buddy Murphy will finally have his shot, it seems, as Drake Maverick revealed that he will return tonight.

All the info for TONIGHT’s @WWE205Live

With Greatest Royal Rumble out of the way, and Backlash less than a week away, will Buddy Murphy look to get back into the title hunt? He’ll at least have an opportunity to rejoin the other cruiserweights tonight when he weighs in yet again. If Murphy makes weight, we could see him finally take on Alexander in the near future.

Maverick also announced that Drew Gulak will take on Kalisto in a one-on-one matchup on 205 Live tonight.