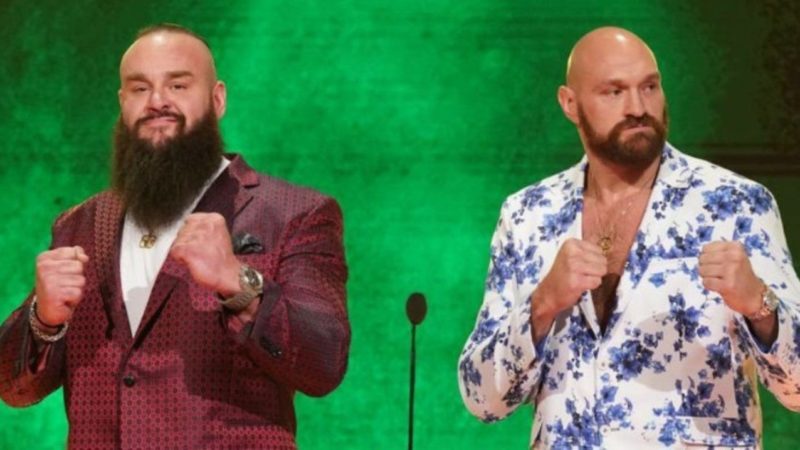 At Crown Jewel, Braun Strowman will face off against the Gypsy King, Tyson Fury. The heavyweight boxer began his program with the Monster Among Men back on the October 4th episode of SmackDown.

This wouldn’t be the first time that a WWE Superstar has gone toe-to-toe with a boxer, but when it comes to this match, there are many who don’t feel it could end well for the former Raw Tag Team Champion. One of those men is WWE Hall of Famer Bully Ray, who feels that Strowman can’t afford to be beaten next week.

Since the match was made official, he’s been against having Strowman take a loss at Crown Jewel. On today’s edition of Busted Open Radio, Bully Ray further explained his reasoning.

“If the business here with WWE is just to get an ESPN Sportscenter moment, that’s fine. But I don’t want to see them do it at the expense of Braun Strowman. I think that there’s too much of a risk, because then he’s always the guy that got knocked out by Tyson Fury.”

“And if you’re gonna get knocked out by somebody, Tyson Fury is a pretty credible dude to get knocked out by, but why do we need to go there? I’d rather see them get together. They’ve been chummy enough with each other where I could see them fighting together.”

Bully Ray compared the showdown to Bam Bam Bigelow vs legendary NFL linebacker Lawrence Taylor and a moment that took place in TNA where Bully himself was put through a table by former NFL running back Brandon Jacobs.

“We’re not in that situation with Braun. Braun is one of those guys in the WWE who is loved. ‘Get these hands.’ He’s selling merchandise, blah blah blah. If he gets knocked out, I’ve got to come on the show and say, ‘Well, Braun, you got those hands.'”

What do you think of the match? Could it hurt Braun Strowman’s credibility should he be knocked out by Tyson Fury? Do you expect to see a clean ending at all? Let us know in the comments below.