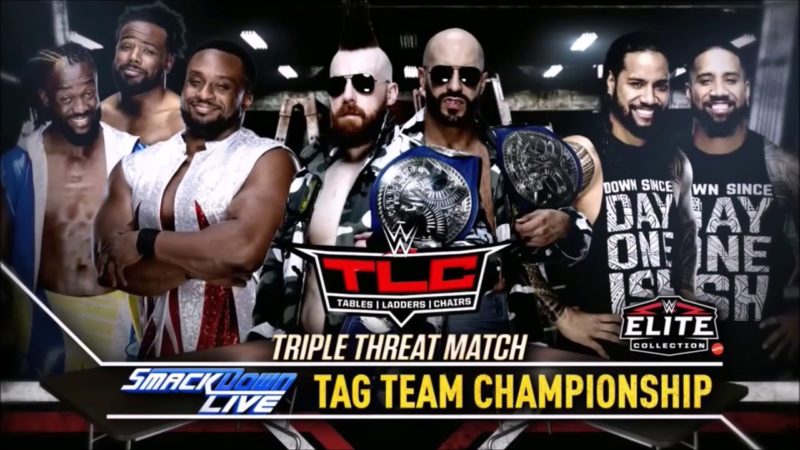 The Dudley Boyz, Edge & Christian, and the Hardyz will forever live on in the minds of the WWE Universe thanks to their incredible TLC matches. Bully Ray, however, feels that SmackDown Live’s top three teams could have surpassed them this Sunday.

The New Day and The Usos will challenge The Bar for the SmackDown Tag Team Championship at WWE TLC on December 16th in a triple threat match. The WWE Hall of Famer felt that this was a mistake on the company’s part, as they could’ve had the next great TLC tag team match.

On The Jim Ross Report, JR asked Bully if any teams could surpass those legendary matches from eighteen years ago.

I said this on Busted Open a couple of weeks ago. I was hoping they were going to put The Bar, The New Day, and The Usos in a TLC match for the Tag Team Titles, because I believe that if any three teams had the opportunity of equaling or surpassing what us, the Hardys and Edge & Christian were able to do, it’s those three teams.

What do you think about Bully Ray’s comments? Should the SmackDown Tag Team Championship bout be taking place in a TLC match? Let us know in the comments below.