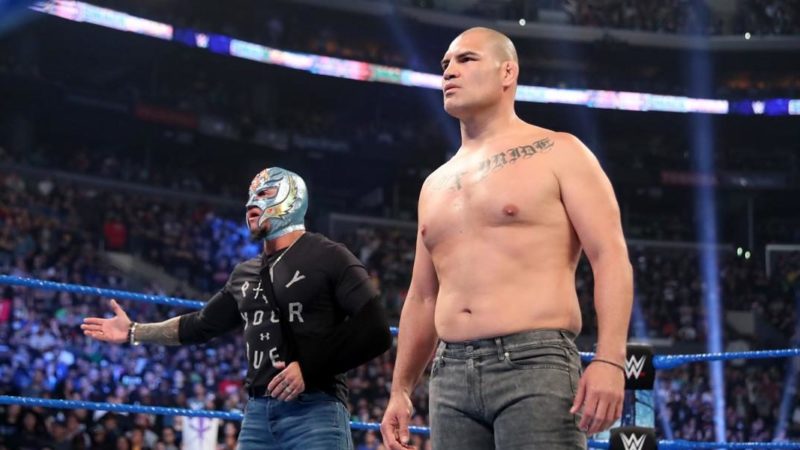 SmackDown’s premiere on Fox Network ended in a shocking manner as not only did the former Champion Kofi Kingston lost his title in a quick fashion but we also saw the debut of the former UFC Champion Cain Velasquez.

Velasquez was brought in by Rey Mysterio after he and his son Dominick were brutally attacked by Lesnar this past Monday Night on Raw and he went on to attack the Beast, forcing him to retreat.

However ESPN is reporting some interesting news on the matter and according to the site, Velasquez has not signed a deal with WWE as of yet.

It’s very uncommon for WWE to bring in a big name like the UFC Star without having him signed to a contract even though it looks likely that he will be staying around the promotion.

It’s evident from the events of SmackDown Live that WWE is building towards a Cain Velasquez vs. Brock Lesnar match and it would be interesting to see when it takes place.