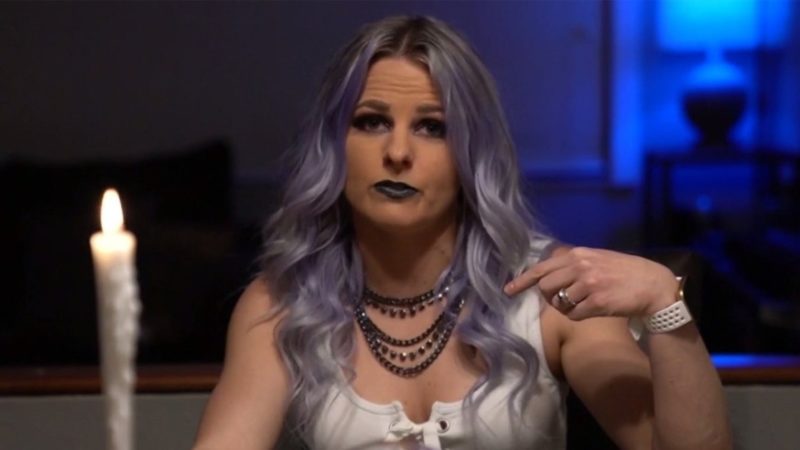 Candice LeRae is set to challenge NXT Women’s Champion Io Shirai this Sunday for the title at NXT TakeOver 31. The event will reportedly take place at the Performance Center.

Leading up to the event, LeRae spoke with DailyDDT about the Championship match, reinventing her character, and a possible call-up to the main roster.

Shirai betrayed LeRae back in 2019 and then went on to beat her at TakeOver: Toronto II. LeRae admitted being nervous about that match as she had never been in the ring with Shirai before that. Nevertheless, the match turned out to be exceptional.

But LeRae is in a completely different mindset for this Sunday.

“I had no idea how it was going to go, so it was very scary for me going into that. I’m thinking of all the times for me to get my big TakeOver debut and I’m wrestling someone I’ve never wrestled before in my life, that is so scary. For it to turn out the way it did, it makes me really excited for Sunday because now I’m going into it with more confidence and I’m just ready. I’ve been waiting for this my whole career. I’m so ready.”

On changing up her character

Both LeRae and her husband Johnny Gargano are TV regulars now as villains. Her heel persona of Poison Pixie is a complete turnaround from her previous bubbly personality. LeRae said that she tried to take inspiration for her role from dark and evil Disney princesses, which helped her get into the character.

“Honestly, for the longest time, I didn’t know what I would be if I was not the bubbly, happy Candice LeRae. It all just kind of happened. I was like, ‘What do I do? This is foreign to me. I don’t know what to do.’ So, I sort of learned into what seemed to work, but I was literally like, ‘What would an evil Disney princess to me?’ And trying to embody that. It’s been really fun for me to get to do all these different things and find this new personality of mine. It’s like it’s been inside me all along, just waiting to come out.”

LeRae decided to go with Maleficient and the evil queen from Snow White to help her channel the persona.

On moving to main roster

LeRae appeared in the 2019 and 2020 Women’s Royal Rumble and also in the WrestleMania Women’s Battle Royal in 2019. Her appearances got the fans wondering is she is up for a move to the main roster.

But LeRae confirms that there has not been any talk of a call-up.

“I feel like there’s a lot of things that happen around me that I almost make myself ignorant to just because I never want to get my hopes up, I never want to assume something.”

She is happy to be in NXT which feels like a home to her.

“I’m very biased, but I love NXT. I really love the environment, and for me, so much of it is feeling a certain way when you’re wrestling as a fan and there’s something about NXT for me that feels like home and I feel like I belong in NXT. It makes me so happy and I always feel like the talent there push me to be my best because no matter how long I’ve been doing this, I’m always trying to get better. I’m never going to be perfect, I always want to be better, and I feel like NXT forces me to do that. It forces me to be at my absolute best at all times, and I love that.”