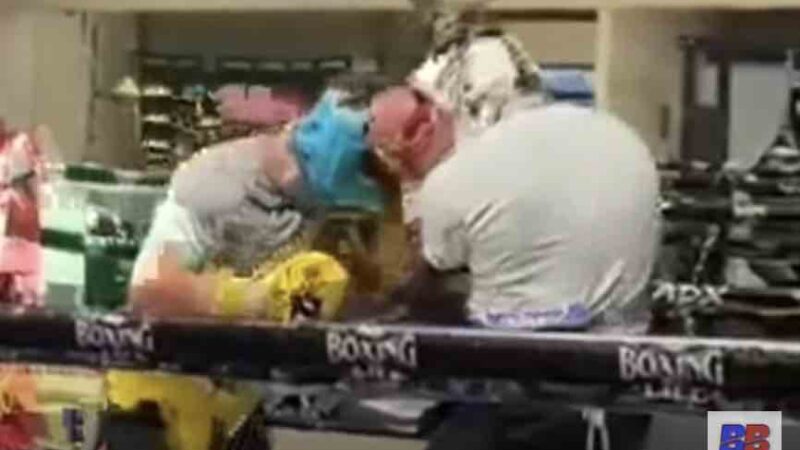 Canelo is just not looking up to snuff in a leaked sparring video this week. In fact, Canelo Alvarez took a lot of punishment from David Benavidez’s recent knockout victim Ronald Ellis who had Canelo working left and right to try to keep up. Tyson Fury ‘Knocked Out’ Before Wilder Fight.


In the video, Canelo, by multiple sources has been said to look very, very beatable. Some sources also report that Canelo looks weak and slow. Many fans have also commented on how horrible they feel about Canelo. Caleb Plant might be able to pull it off if he doesn’t gas out as he did against Jose Uzcategui.

Not only have sources and fans commented on the video that showcases Canelo looking his worst, Jake Paul also commented.

Jake Paul stated: “I’m very confident. He’s a killer at 168 pounds, but people forget that I naturally walk around at about 205, so there’s a big weight difference. There’s a big height advantage. They’ve (Canelo’s opponents) all been easy guys who just sort of fall on their a**.”

There’s a bit of history between the guys — Canelo told us back in December 2020 the Paul bros were disrespectful to the sport, so there’s already a good storyline to go with it.

Jake Paul closed: “At the end of the day, this is a business,” he said. “If Canelo sees that, he’s going to want to get in on the business.”