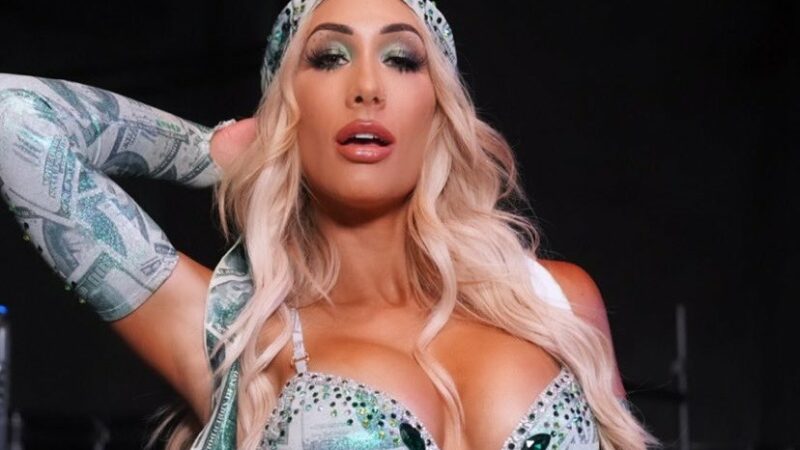 Carmella took a vicious bump at a recent WWE live event that has seemingly caused some injury to the star. The injury caused Carmella to not want to finish out the match that was against Asuka and Binaca Belair in which Bianca went for a backflip, but she hit the top of Carmella’s instead which left Carmella a bit dazed.

Carmella hasn’t been in a television storyline recently, so we’ll just have to see when she returns. With Triple H in power now, her character could be in for a change which we will be seeing in the coming weeks if it is to happen to her character.

It seems that Bianca Belair was okay after the botch, because she continued with the match, but Carmella rolled out of the ring. We can only hope that Carmella is okay, but this goes to prove that you never know what can happen in a pro wrestling ring.

Some fans are not so sure that there was any injury at all as it seems that Bianca and Carmella simply grazed eachother’s heads rather than anything career threatening. Fans are a bit mad that it was being “sold” as something that was worse than it was.

There is currently no word on the severity of the injury or how long (if at all) Carmella will be out for. Even the bumps that look the least painful comparably to some horrific bumps that we have seen in the past – they very well could be concussion inducing.

We will have to continue to follow this as it seems that WWE may be taking their time on the situation to either properly evaluate Carmella, or taking the time to build something around this spot.