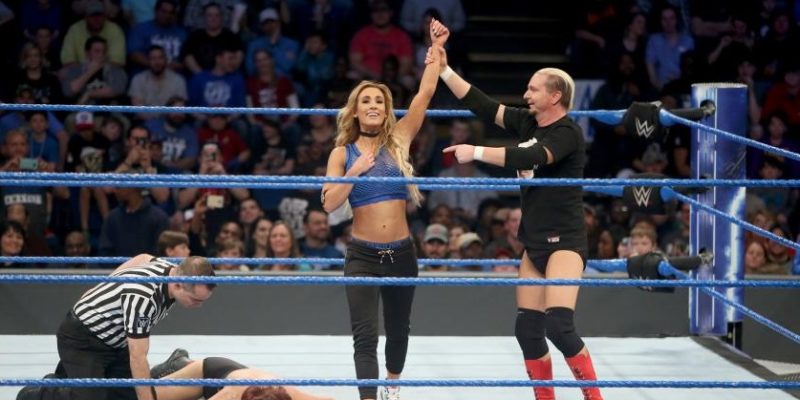 SmackDown Women’s Champion Carmella recently spoke with News-Press, where she gave her opinion on the current women’s division among several other things.

The champion on asked about the state of the women’s roster revealed that the people have started to take women’s wrestling seriously and feels that women main eventing shows is the trend. She said:

“Oh, I think that people are taking it more seriously now more than ever. The women are main-eventing pay-per-views. … We’re having ladder matches. You name it, we’re doing it. It’s to the point now where it’s not even a big deal if the women main event on SmackDown or on Raw, because it’s just kind of become the norm. Whereas before, it was like, ‘Oh my God, the women are main-eventing Smackdown Live tonight!’ Now it’s no big deal. The women are the norm.”

Carmella is slated to defend her title against Becky Lynch at Summerslam.